21.06.2019
For years, the European Union has been helping small towns in Belarus to implement their ambitious energy efficiency projects. Within the framework of the new round of the "Covenant of Mayors – Demonstration Projects" programme, a kindergarten in the town of Ašmiany will be modernised, while modern LED lighting will be installed in the town of Biaroza. The two towns beat more than 100 applicants to participate in the programme.

Ašmiany is located 130 kilometres away from Minsk. Ašmiany District was one of the first in the country to join the EU’s Covenant of Mayors – Demonstration Projects initiative, in 2012. Two years later, the regional authorities prepared a document on sustainable energy development. The document outlined the main points that Ašmiany District will follow to reduce energy consumption and greenhouse gas emissions in the atmosphere.

The programme will now help a kindergarten in Ašmiany to conduct major repairs and energy-efficient adaptations to meet regulation standards.

"With any major repairs, it does not matter whether it is a municipal or a private building; there is a usual set of measures such as wall insulation, window replacements and roof repairs. […] Solar panels, used to heat water, will be installed on the kindergarten's roof. Heat pumps will also be installed. One recommendation of the audit of the kindergarten was to replace the kitchen appliances with modern equipment. Kindergartens still use old, cast iron stoves left over from Soviet times," says Sergey Nikitin, who is responsible for the implementation of this project. 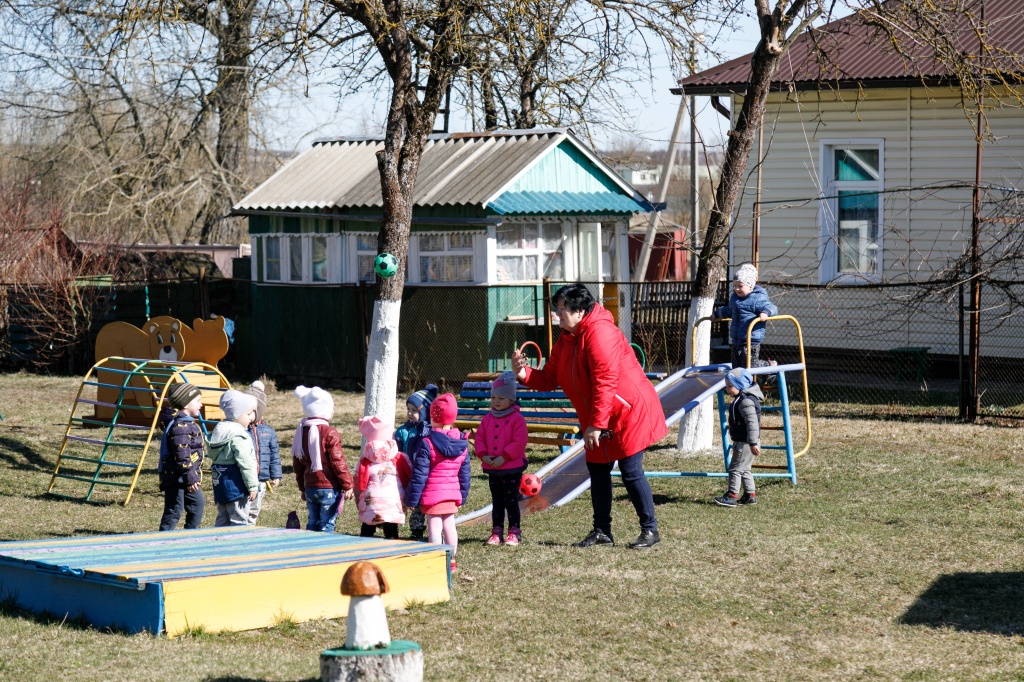 Children ask their parents to turn off the lights

In the foyer of the kindergarten, children, who are rehearsing a theatre performance on the subject of energy efficiency for other kindergarten visitors and their parents, welcome us. Children play the roles of light bulbs, floor lamps and computers.

From a young age, knowledge about energy efficiency is instilled in children. There are currently 200 children in the kindergarten. The kindergarten even has its own group – "Economics" – that visits public places including schools, banks, a local centre for disabled people and the library, to perform their theatrical show and make people think about energy efficiency. Within the framework of the "Hour of the Earth", the group took to the town’s streets to distribute thematic leaflets. Teacher Olga Kullinkovich is responsible for this work. 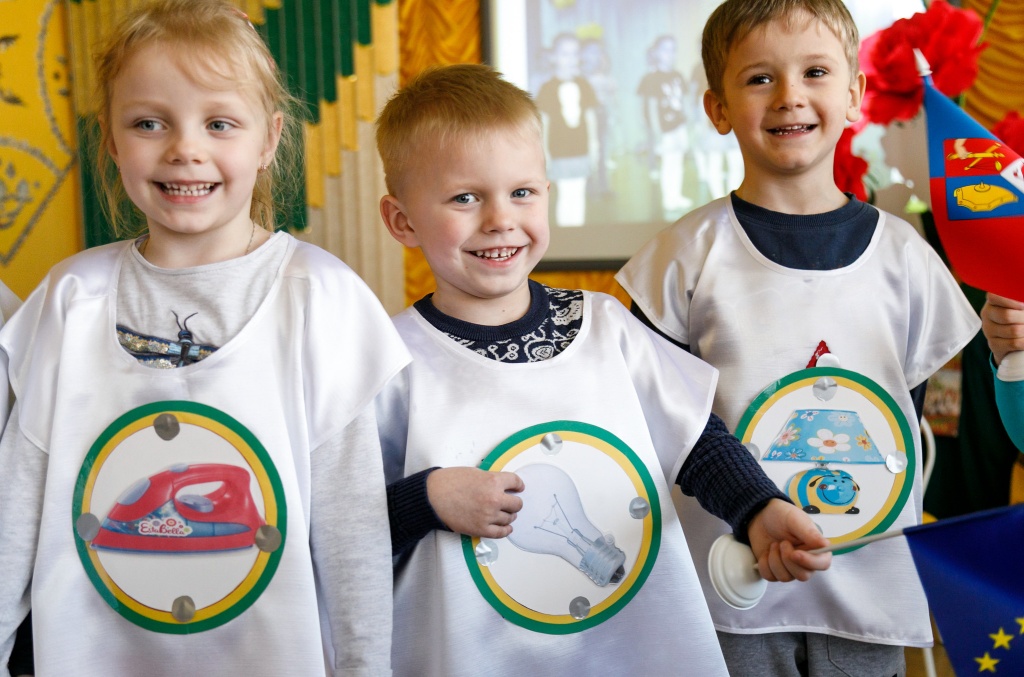 Elena Klyshevskaya is the mother of one of the kindergarten’s pupils: "If I forget to turn off the light my daughter will definitely remind me about it, and make a remark!" she says.

Repair and installation work is due to begin in September this year and is scheduled to be completed in 2021. As a result, if everything goes according to experts' expectations, then an energy saving of 50-60% is achievable. The exact figure depends on many factors, but there is agreement that it is realistic to reduce energy consumption by half. In Belarus, educational institutions are state-owned, so this saving will reduce the burden on the local budget, which is an obvious advantage. 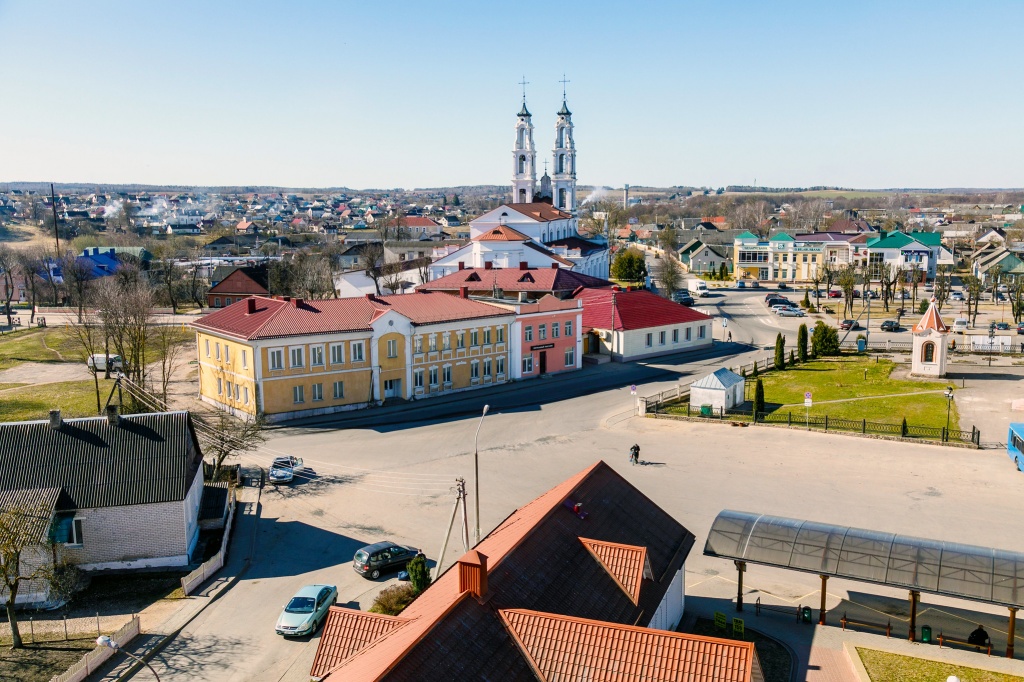 This is not the first project of this kind in Ašmiany. Three years ago, similar energy efficient measures were taken in the kindergarten within the framework of the project "Energy Efficiency in Schools", which was also funded by the EU.

Indeed, positive examples motivate others to act. Recently, a competition for the best training manual on working with children on energy saving was announced for kindergarten teachers. The winner of the competition will receive a tablet at the Sustainable Development Week in May.

"The entire kindergarten actively participates in this project. One family tracked how much energy they spent at home and started their own mini-project on saving energy, the results of which are presented at the stand," shares Olga Kullinkovich.

The project covering the entire town

In Biaroza, Brest Region, there are plans to replace street lighting with LEDs with the EU's support. However, the changes are not limited to the replacement of lamps on the town’s streets. Along with the replacements, new automation technologies and control systems are to be introduced. As a result, it will be possible to control the lighting system from a mobile application. Each street will have its own programme on the use of energy. 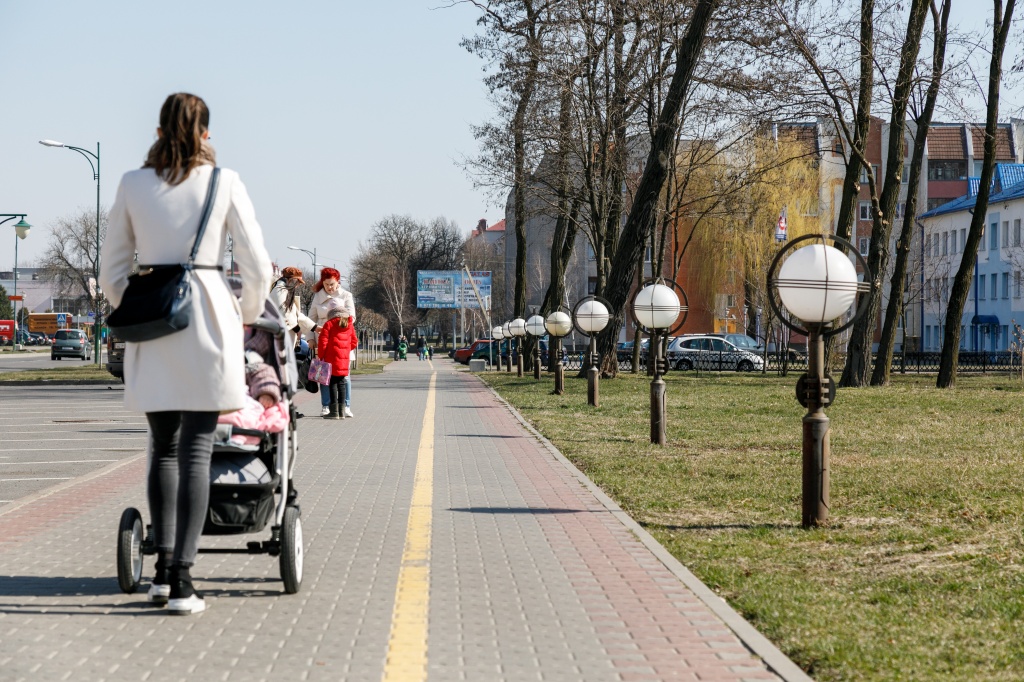 "This is economic, convenient and safe," comments Dmitry Slutskiy, responsible for project implementation in Biaroza. The project will allow the local housing and public utilities company to save 98,000 euros (234,000 roubles) per year, as well as reduce the amount of CO2 emissions by 901 tonnes.

By the end of the year, lighting systems will have been updated on a number of streets. This will mean that at night, in many places, only one light out of three will be on. With the new system, dimming will occur. Therefore, at certain times the lighting will not work at 100%, but at 70% or 30%. In this case, there will be no so-called "blind zones". 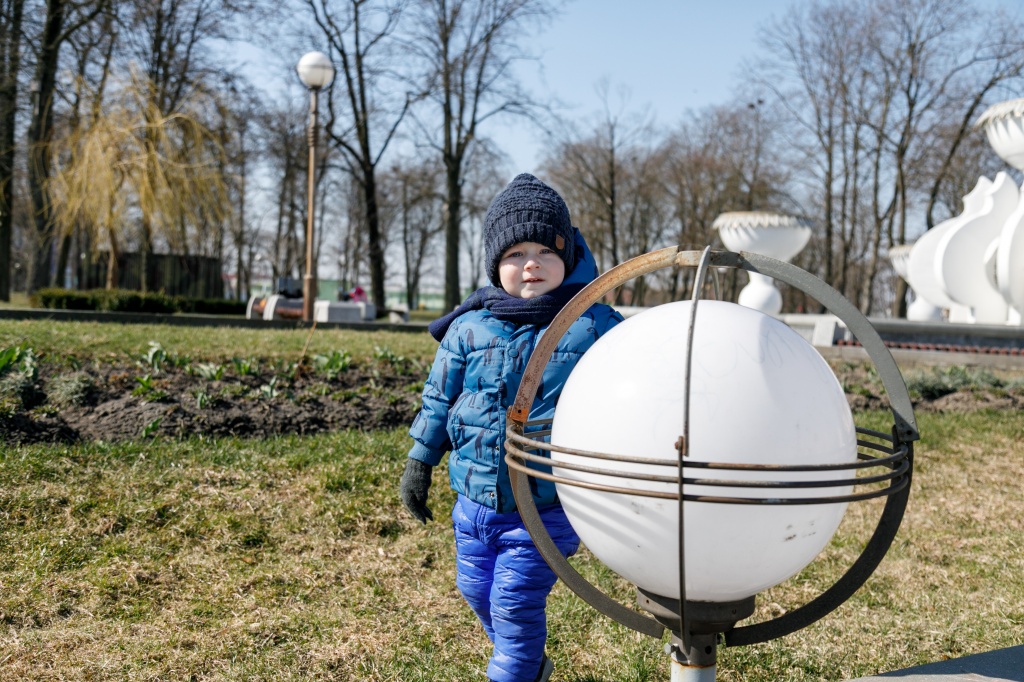 What do the town’s residents expect?

Local residents welcome the changes that will come to their town in the near future.

"I am pleased to see how the town is developing. Something new, beautiful, environmentally safe is getting built," says Pavel Ignatyuk, an employee of the Biaroza housing and public utilities company. 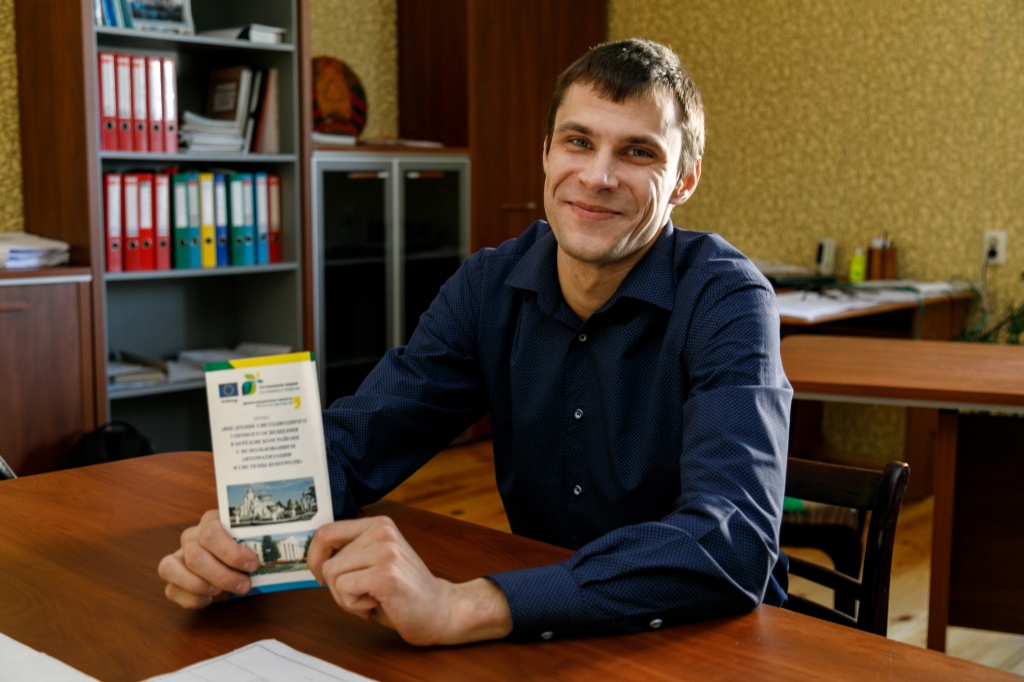 "I think it will be beautiful. It will be good for the children and grandchildren. One of my sons lives in Salihorsk and two live here. Everything is for them," says Valentina Byk.

"The town will save some money. New technologies are always good. They will last longer as well. We support the idea," agrees Sergey Karpovich.

"It should get better. This is new technology. I am planning to continue living in Biaroza, so this is an advantage for me. Sometimes when we walk with my daughter in the evening we cannot see anything, and she gets afraid. If you drive a car, it is hard to see whether a pedestrian is crossing the road or not," says Kseniya Kharchuk. 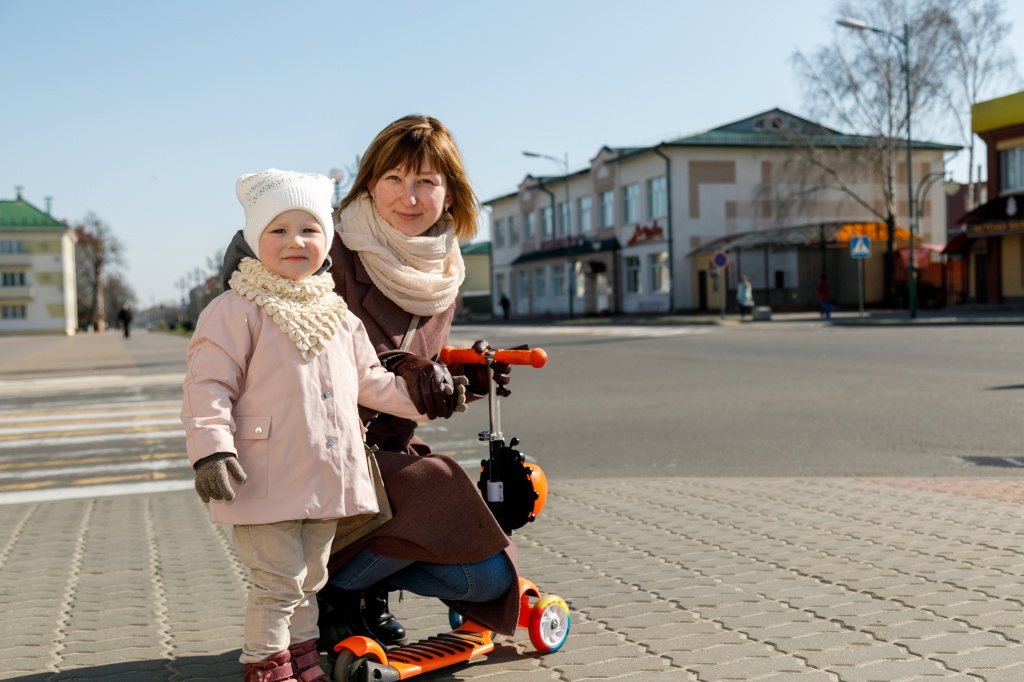 The new lighting system will not only reduce the number of accidents, but will also increase the safety of the patrol service.

Any city that joins, or has already joined, the EU’s "Covenant of Mayors" initiative can participate in similar EU projects. The initiative aims to both increase the energy efficiency of specific facilities and buildings, as well as improve the quality of life for the people living in these areas.