Representatives of 10 Belarusian cities studied the experience of Germany and Denmark in the sustainable development of cities. From September 24 to September 29, 2017, an exploratory visit was organized for representatives of cities that signed Covenant of Mayors on Climate and Energy.

Representatives of the authorities and public organizations from Viciebsk, Brest, Biaroza, Masty, Kličaŭ, Slaŭharad, Karma, Viliejka, Čavusy, Vietka were able to participate in the study visit. The participants visited the cities, which are an example of successful work on reducing greenhouse gas emissions and adapting urban infrastructure to climate change. 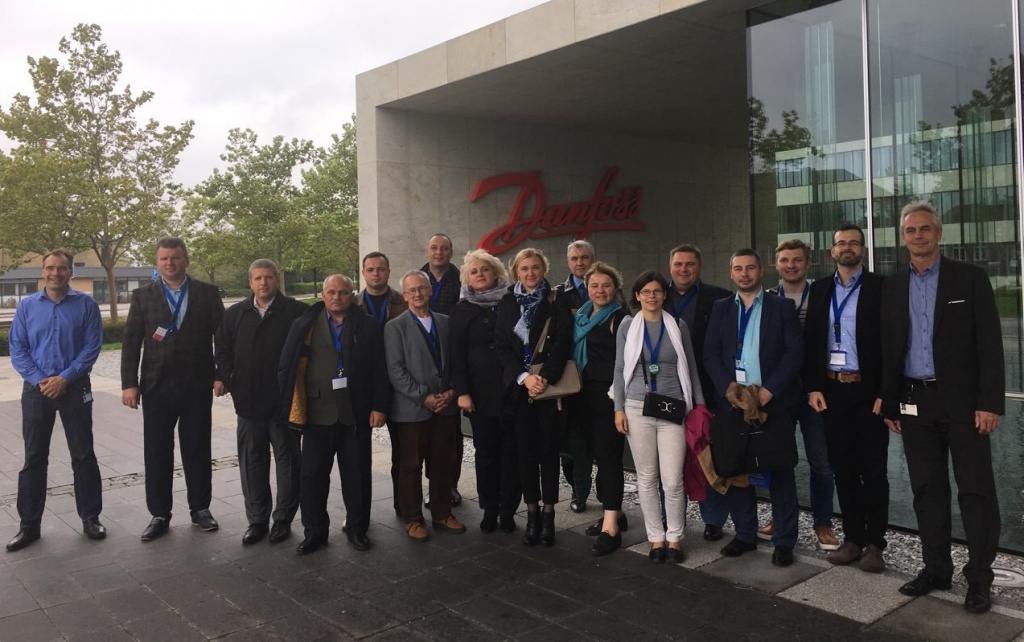 Acquaintance with the European experience began with the German city of Flensburg. The municipality set a goal to achieve climatic neutrality by 2050. To this end, in 2008, the Climate Pact was created with the participation of a number of local companies and institutions, and after multilateral consultations in 2011 an integrated climate protection concept for Flensburg was developed. This concept calls for thermomodernization of buildings, substitution of fossil fuels for renewable energy sources, optimization of centralized heating networks and generating sources, energy-saving measures at industrial enterprises, electrification of transport and the development of cycling. 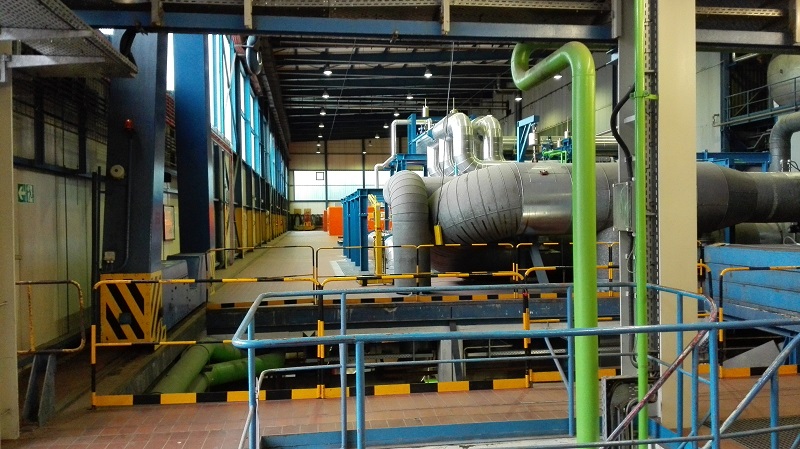 In Bremen, the participants in the visit were introduced to the development of a low-emission urban transport system. The authorities paid a lot of time and attention to the collection of proposals from residents of the city to improve the infrastructure for public transport, walking and cycling. On some streets, cyclists take precedence over cars and pedestrians, individual streets have become completely bicycles. A large number of bike shelters are equipped throughout the city. As a result of the implemented activities, the share of cyclists in Bremen is 26%, which is the best indicator among the major German cities. 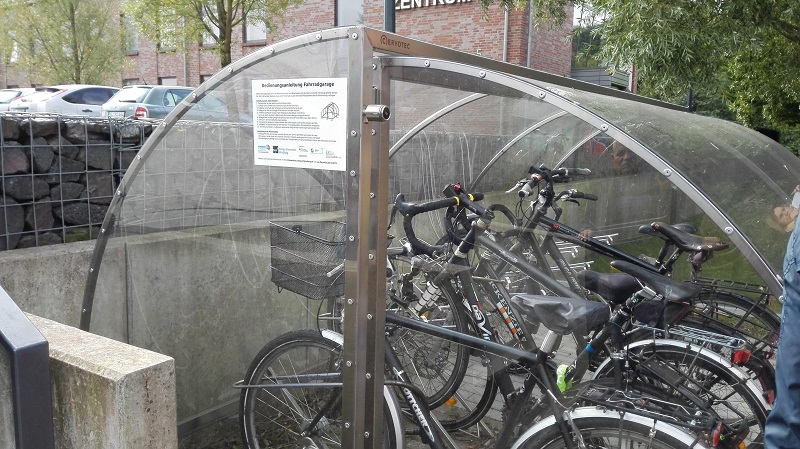 In the Danish city of Sodenborg, the participants of the familiarization visit got acquainted with the project to create a "carbon-zero community". Much has already been achieved ‒ in 2016, greenhouse gas emissions in the city have already decreased by 35% compared to 2007 and will be reduced by 50% by 2020. This effect was achieved due to the expansion of the heat supply network using biomass and solar energy, equipping street lighting with LEDs, renovation of buildings, energy counseling for households and information work with schools. In the territory of the district of Sodenborg for the funds of investors and the commune built energy-efficient buildings of the professional school and sports hall. The municipality set a goal to achieve climate neutrality by 2029. The emphasis is on the development of public-private partnerships and creation of "green" jobs. Much attention is paid to the involvement of different stakeholders in the climate protection activities: commercial companies, developers, shops, farmers, university, schools and residents. Participants of the study visited the office of the Danfoss campaign in Sodenborg and learned about the latest trends in the development of district heating systems. 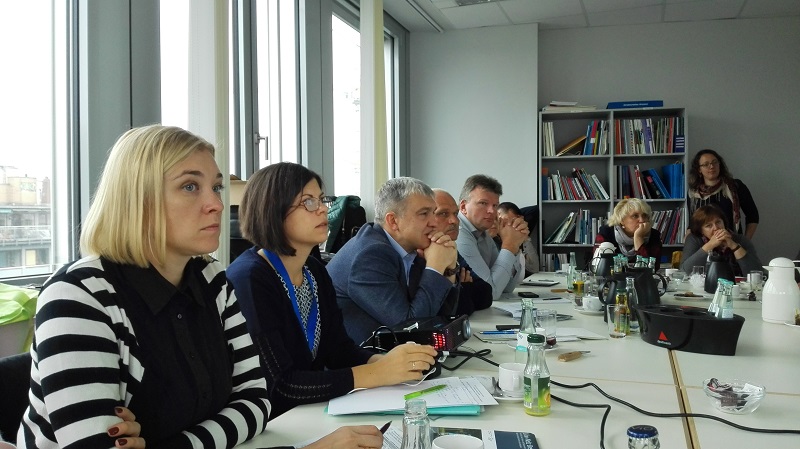 In Hamburg, participants learned how the city minimizes the risks associated with floods and adverse weather conditions. The city joined the Mayors' Agreement in 2008. In recent years, the inhabitants of Hamburg have observed dry summers, severe winters, strong winds in the fall and spring. The water level in the Elbe can rise to 7 meters due to tides and ebbs of the North Sea, as well as precipitation. The participants of the study visited the main city dam, Hafen City quarter, built on the site of the sea port, and the green roof at the university. To adapt to climate change, a special unit was created in the city administration ‒ the Climate Protection Center. The unit is responsible for long-term monitoring of climatic consequences, implementation of adaptation measures and regular reporting. 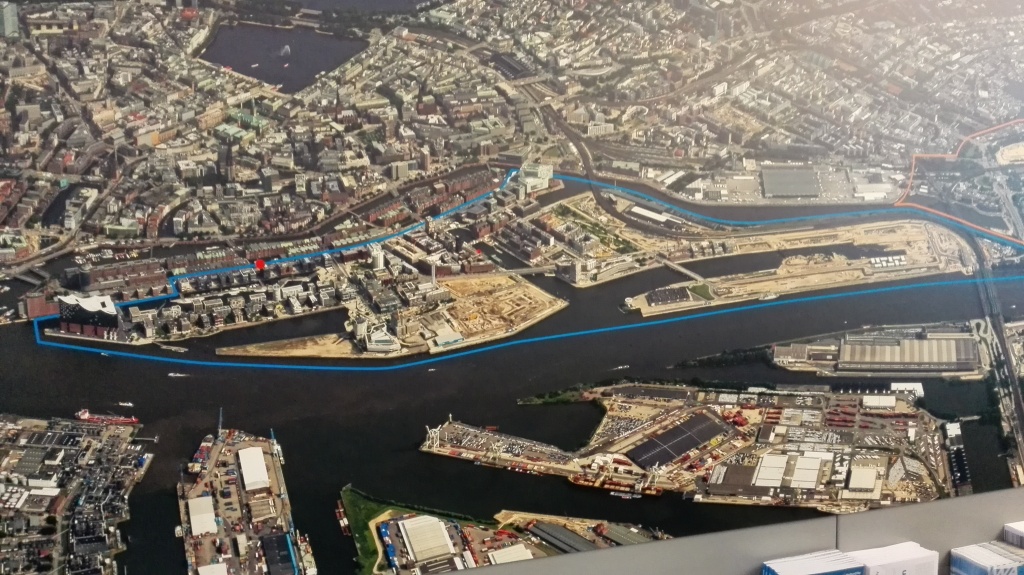 The participants of the visit highly appreciated the saturation and usefulness of the program, and also hope to apply their foreign experience in their cities.

‒ During the visit, a lot of useful information was presented, and in practice it was possible to see the implementation of local solutions. All the information received will be used in the implementation of the Action Plan for Sustainable Development of Čavusy and the Plan for Urban Mobility, said the deputy chairman of the Čavusy regional executive committee, Andrei Verkhavodkin.

The study tour "Sustainable Urban Development" was held with the financial support of the European Union (the project “Strong CoM – Strengthening the Covenant of Mayors Movement in Belarus”) and the German Federal Government Support Program (the project "Environmental Management as an Instrument for Building the Local Community Potential for Sustainable Development"). The organizers of the event were IPO "Ecopartnership", RSEO "Live Partnership" and Baltic Environmental Forum of Germany.

The project of the European Union “Strong CoM – Strengthening the Covenant of Mayors Movement in Belarus” is implemented in 2016-2019, its budget is 663 thousand euros. More information on climate.ecopartnerstvo.by.