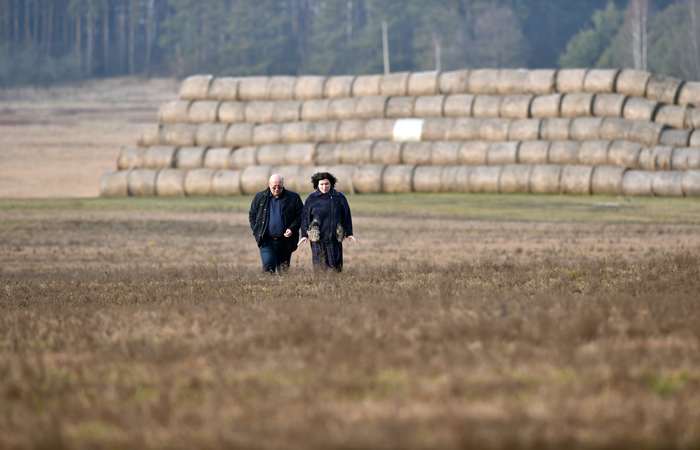 Vadim has known these places since his childhood: he was born in the nature reserve; however, he did not realize the value of these places as a child. His life was most ordinary: school, college, Hrodna Agricultural University, four years on the farm. Then Vadim became the head of the department for flora and fauna in the Berezovsky district inspection.

– The nature reserve for me is the homeland with a unique plant world. As a child I became fond of hunting, I had a passion for animals and plants. In 2003, the management body for the nature reserve was established. I didn’t hesitate to leave my post and emerged into the work entirely, – recalls Vadim, director of the Sporaŭski nature reserve.

– This place had a life: cows were grazing, people did haymaking, and the bog was clean. When the villages in the region itself became extinct, degradation started: the bog became overgrown, it ran wild so much that the herbal species composition changed. The scientists had a clear understanding: if nothing changes, we will be in trouble. To resolve the situation, we decided to arrange haymaking competitions.

The first haymaking took place back in 2007. The directors and the staff of various nature reserves from other districts participated in the competition. In a year or two the Sporaŭski Haymaking became the biggest event in the district and in the region. As of today, the teams prepare for the completions in advance: they hold training sessions, it’s all serious here.

To make sure that the Sporaŭski nature reserve continues to be popular during the autumn and winter seasons, Vadim and psychologist Alena created a mobile sports complex and established master classes on slow food for children and adolescents, the slowly and informed food intake.

– Mobile tabletop games is and alternative for those who want to come to the nature reserve during winter time. One can spend some time outside and some time inside the house, – says Vadim. All the members of the family can play. We did have situations when parents couldn’t stop playing. There are games for agility, concentration, speed.

Text underneath: In addition to haymaking competitions, mini-football tournament on the bog takes place here during the summer time along with entertainment games for children.

– All those games are good because they are easy: anyone can play, regardless from the age and mobility. It’s easy to take the games along to the festivals. Usually this is how it happens: when we go to the festivals with the games, we are the last ones to leave: the people do not want to part with us. Sometimes, parents bring the children to us on their birthday – it turns into a birthday in a play room in a nature reserve. 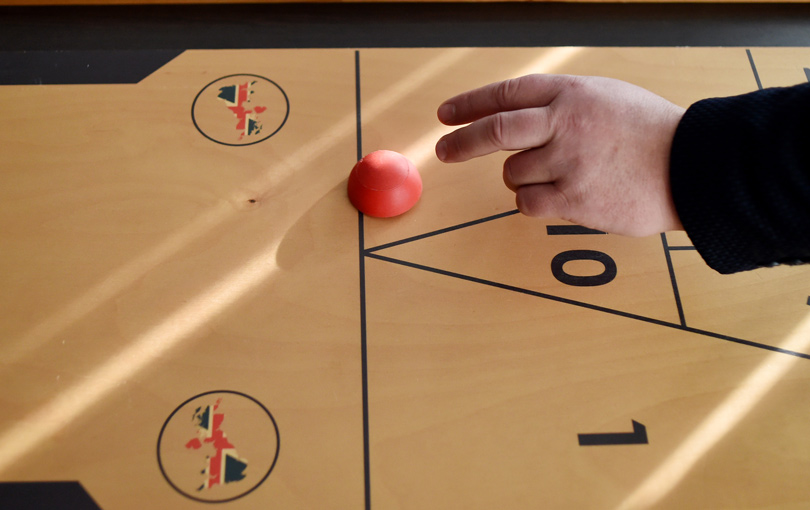 We wanted to make a mobile sports ground and master classes. This is Alena’s long-nurtured dream. She wanted more people to spend time in a fun way and to demonstrate that it’s not all about the gadgets.

– Our sports complex became an example for many schools, they are replicating those games in their schools, some do handicraft, it’s easy.

It is important for children to burst out their emotions, to feel the passion and success. Especially during the breaks, after intensive 45 minutes of studying.

The idea of master classes on slow food came to Alena from a friend of hers who lives in Italy. She holds slow food classes in schools. This movement tells about slow food intake with pleasure from cooking the food and the meal itself.

– This is the time when I realized that this was what we needed. The slow food movement also promotes using local food products and recipes. This is our cultural heritage and family traditions.

We couldn’t cover all the directions of the movement; we focused on the local cuisine, the local food products and made friends with the local farmstead. They used to consider us to be their competitors before. We wanted to show them that we can be partners and good neighbors. 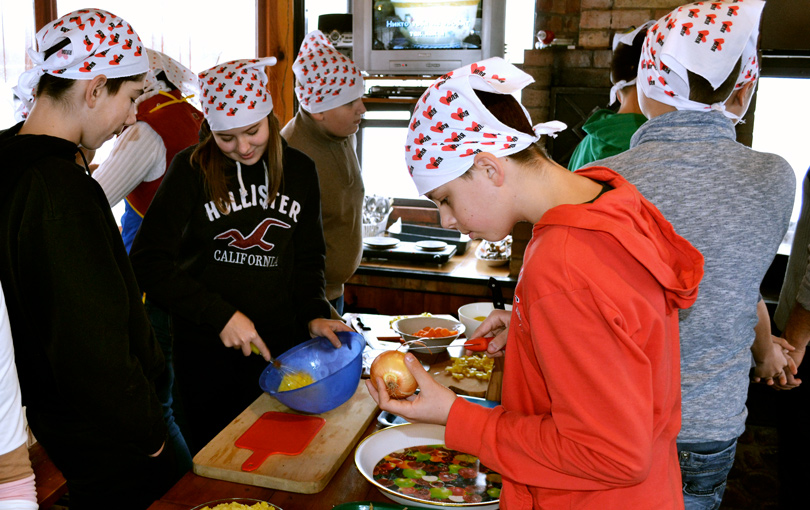 First, Alena and Vadim invited local schools to the master classes. The demand was unexpectedly high. After the first classes, the word of mouth worked out and the schools returned again.

During the master classes, Alena taught children to cook, communicate with each other and help out. They also discussed traditional recipes and unusual dishes. At the end, after the joint dinner, Alena asked the school children to find out a family recipe that is transferred from one generation to the other upon returning home.

– Children had different reaction. Some had a period of denial: “I won’t cook”, “This is not a man’s job”. We never forced anyone. In some time, having noted the engagement of the classmates, the guys who refused to participate, joined the process on their own.

In addition to the schools, we managed to hold the master classes for families with many children, children and adults with disabilities. The effect was totally outstanding. Parents of the children with disabilities are usually overprotective: they do not allow the children to cook, wash, serve the table. Here we were aiming to allow everyone do what they wanted. 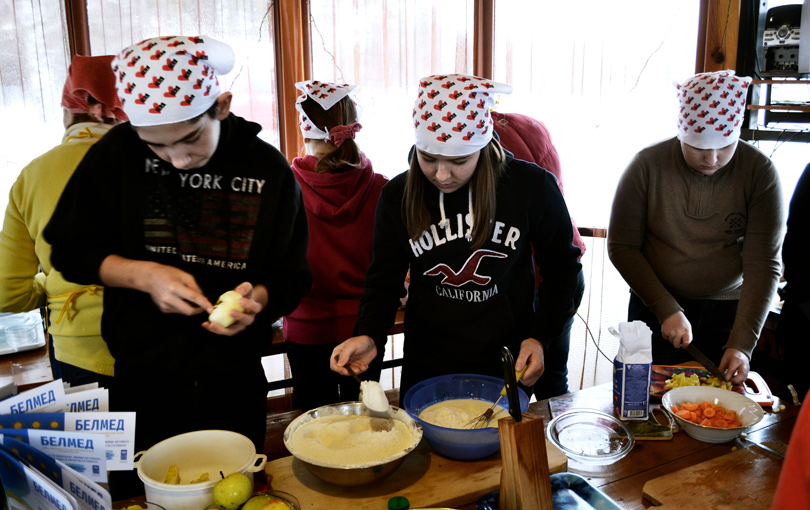 After the master classes, the children and parents sent in family recipes, volunteers visited the villages to collect the traditional dishes. We decided to make a calendar to preserve the most interesting recipes.

By the way, fish dried on the hay or dill stem in the pech (oven) became UNESCO intangible heritage.

The “Eat right, live active” Initiative was implemented within the framework of the BELMED Project which is funded by the European Union and co-implemented by UNDP, WHO, UNICEF and UNFPA in partnership with the Ministry of Health of the Republic of Belarus. Implementing Agency: Biaroza District Ecological Public Association "Jasieĺda EcoRegion"