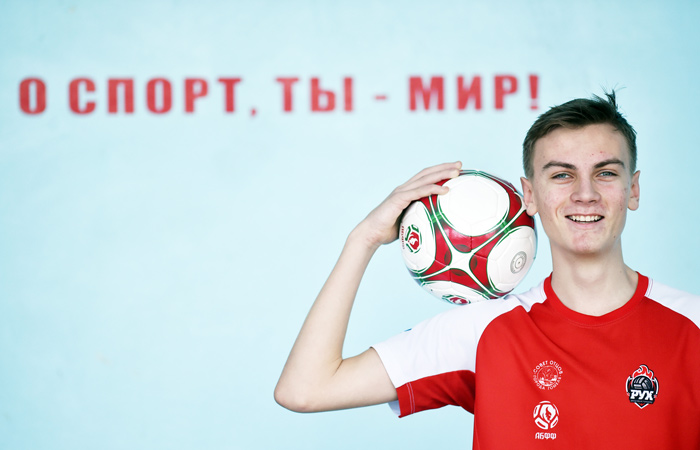 14.07.2020
How a regular entrepreneur from Homieĺ launched the street competitions in football, freesbie and streetball and what came out of this.

– As a child, on my way back from school I saw adult men playing football. So I ran home, changed and rushed to the football play-field, – recalls Sergey.

He was the one who came up with the idea one year ago to create the Movement of Yard Games (Dvarovy Rukh), the street competitions in football on Saturdays and Wednesdays, freesbie on Fridays, and streetball on Thursdays. This was all aimed at pulling the neighborhood together and giving the adolescents the environment of the yard where one is welcome and accepted. 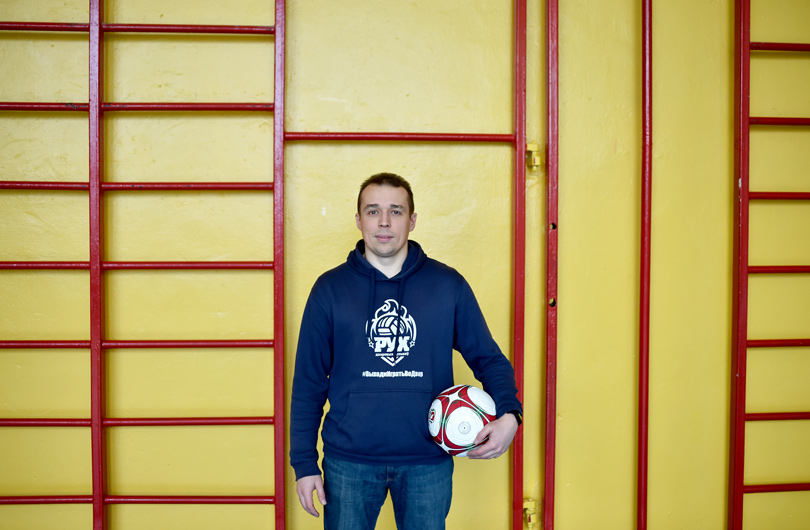 Sergey is 42 years old. He is a regular entrepreneur in Homieĺ and father of three children. For over 10 years he has been promoting the topic of fatherhood: together with other fathers he created the “Council of the Fathers in Homieĺ”.

– I saw the empty yards and how the guys grow up without their fathers. They have no one to ask for advice, no one to help address their problems. Half of the guys are in a situation like that. Adolescents need a role model in their life, a person who they can look up to and be confident that this world needs them. This is how the Dvarovy Rukh (Movement of Yard Games) emerged. 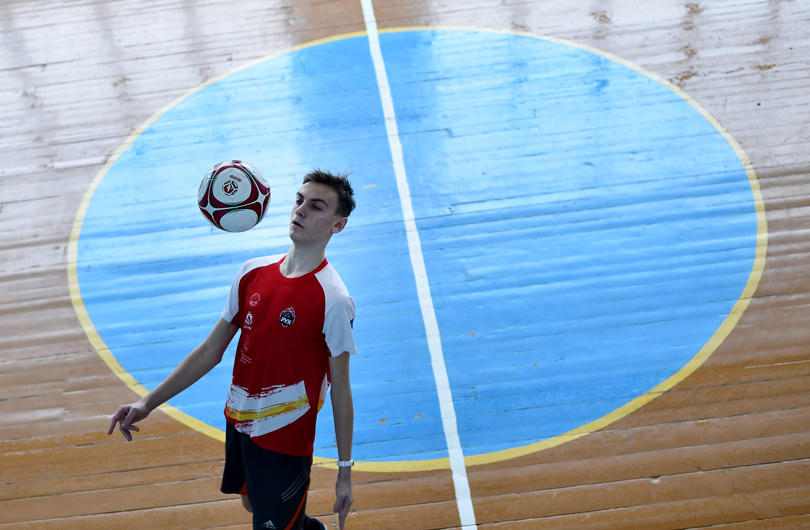 The street is the street. Freedom is in the street: anyone can come unprepared and join the game – no one will refuse them. The same is relevant for the girls: they gathered teams and participated in the tournaments with the guys. Everyone is equal in the yard!

Last year, a guy came to play with us and then disappeared in a week. It turned out that he was put into prison: some drug story. Yes, there are different guys from different families and with different destinies, but they are all human. Good people. Individual approach is what they need.

“There is no bad people, there are people who were underestimated”

– The Movement of Yard Games changes people: people come here to communicate, play in teams and win. When people have a goal, the unnecessary immediately disappears. Try coming to the tournament with a beer and a cigarette, no one is going to understand that, – says Sergey.

The tournaments are held every week: about 40 teams compete at the same time on 6 sites of the city. The competition is monitored by moderators – they meet, register the participants and judge. Often these are dads who gather after work.

About 2,000 people take part in street tournaments per year. Many then become a part of the initiative and help preparing the competitions. 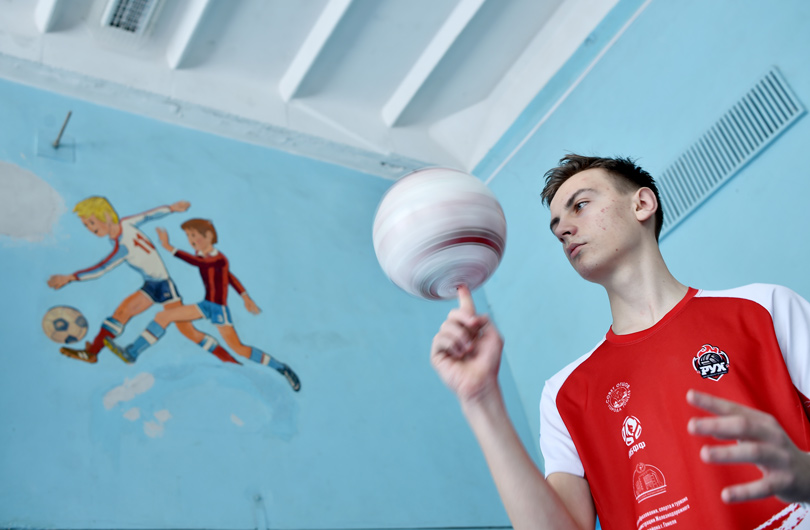 Kiryll is a first year student, he studies to become a developer; football is an important hobby in his life. As a child he chased the ball with his friends – to tell the truth, he says, “just for fun.” But the last three years at school, Kiryll was busy almost every Saturday – he participated in the tournament “Dvarovy Rukh”.

– The games give my life a lot of drive and energy, and also a purpose. It’s always interesting when there is the spirit of competition. I had a number of cases when I was just playing and enjoying the moment, and then the victory came as a bonus with medals and prizes. This raises your spirits, and it is unlikely that you will miss this out the following Saturday.

I found a lot of new friends here. I remember, how the guys invited to play in their team. It felt scary at the beginning, I thought that they are aggressive in the game. But it turned out to be vice versa – very kind and responsive, now we are friends.

The initiative is implemented under BELMED project, which is financed by the European Union and co-implemented by UNDP, WHO, UNICEF and UNFPA in partnership with the Ministry of Health of the Republic of Belarus.