11.07.2019
A final conference for the EU funded Twinning Project “Strengthening the National Bank of Belarus” took place in Minsk on July 10, 2019. The project has been implemented over the last 18 months by a consortium of three EU central banks – Deutsche Bundesbank, Narodowy Bank Polski, and the Bank of Lithuania. 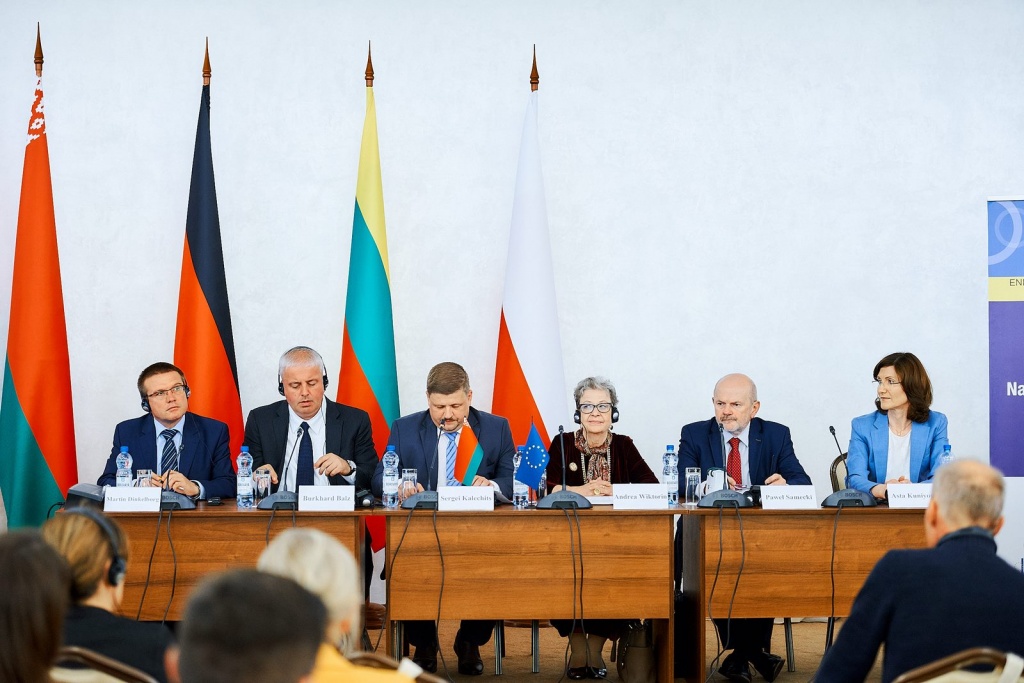 As it was underlined at the final conference, the partnership relations among the project participants that have been established in the course of the project implementation facilitated the equal and mutually beneficial exchange of experience, which ensured the relevance of the project results and their use by the National Bank and other government agencies in their decision-making processes.

In his opening remarks, the Belarusian Project Leader, Deputy Chairman of the Board of the National Bank of the Republic of Belarus Mr. Sergei Kalechits underlined: “By pooling the expertise of the National Bank of Belarus and the EU central banks within the Twinning Project, we have been able to achieve substantial practical results in the areas of financial stability, banking supervision, protection of financial services consumers’ rights, payment systems and information technologies, financial risks management and communication policy”. 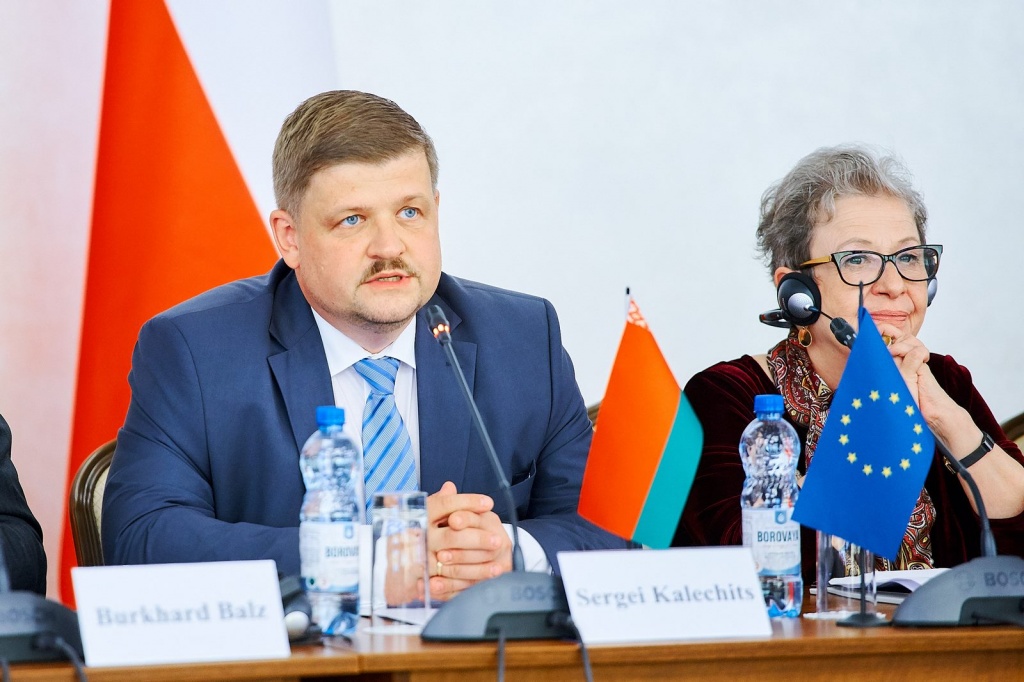 “Inspired by the results achieved under this project, we are exploring options for the preparation of a new Twinning project with the National Bank,” said Sergei Kalechits.

Andrea Wiktorin, Head of the Delegation of the European Union to Belarus, said: "I am pleased to witness the successful completion of the first Twinning project in Belarus. It was aimed at strengthening the capacity of the National Bank of Belarus in performing its key functions as the central bank. Experts and specialists from the EU member states worked together with their Belarusian colleagues for more than a year to increase their professional skills, bring the best practices of the EU countries and adapt them to the local conditions and needs. I hope that in the nearest future the Belarusian people will see the positive results of the project in their everyday life – lower inflation, more stable Belarusian ruble, stronger banking supervision, more reliable payment system, etc." 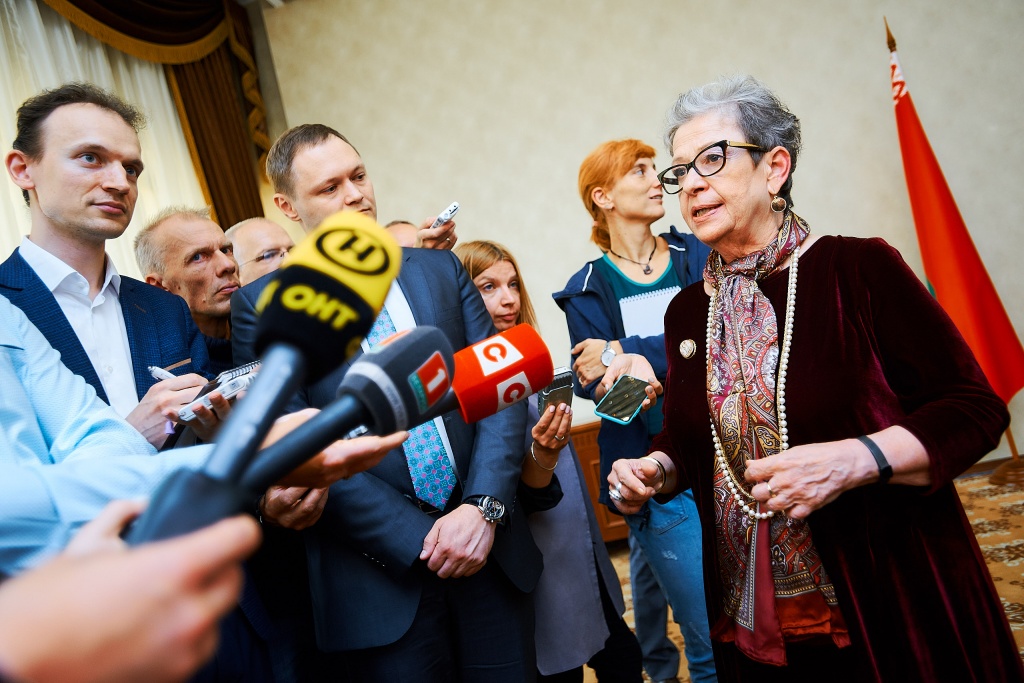 H.E. Ambassador Wiktorin also added that successful implementation of the project has been an incentive example for other government agencies, which also express their intention and readiness to start cooperation with corresponding institutions from the EU countries. The following agencies declared their interest in implementing a twinning project: the National Cadastral Agency, the Ministry of Emergency Situations, the State Border Committee, the State Customs Committee, and the National Statistical Committee of the Republic of Belarus.

Member of the Board of the Deutsche Bundesbank Mr. Burkhard Balz expressed the hope for continuation of cooperation. 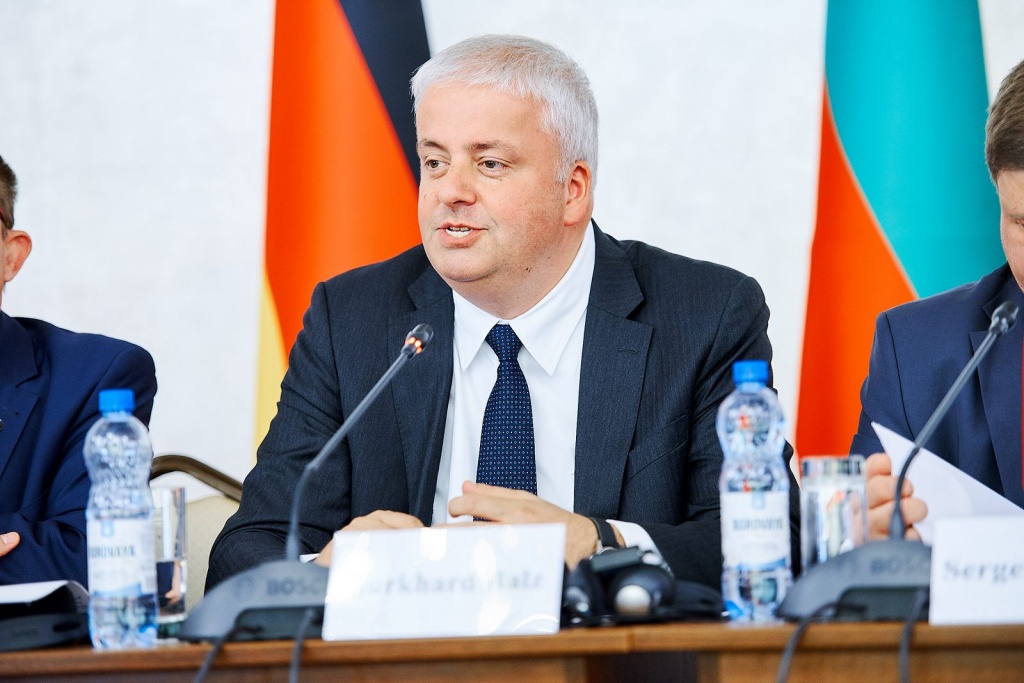 “The great European politician Jean Monnet once said: ‘We are not allying states, we are bringing people together’. In this vein, I hope that the joint Twinning project between the EU and the National Bank of the Republic of Belarus will not be the last one,” said Mr. Balz.

Deputy Chair of the Board of the Bank of Lithuania Ms. Asta Kuniyoshi remarked: “Through the collective efforts of everyone involved in the Twinning project, we were able to achieve tangible results. It is my belief that they will put the National Bank of the Republic of Belarus on a successful trajectory. Crucially, the commitment, responsibility, professionalism, and deep engagement of our Belarusian counterparties both on expert and management levels played a key role in bringing the project to a successful conclusion”. 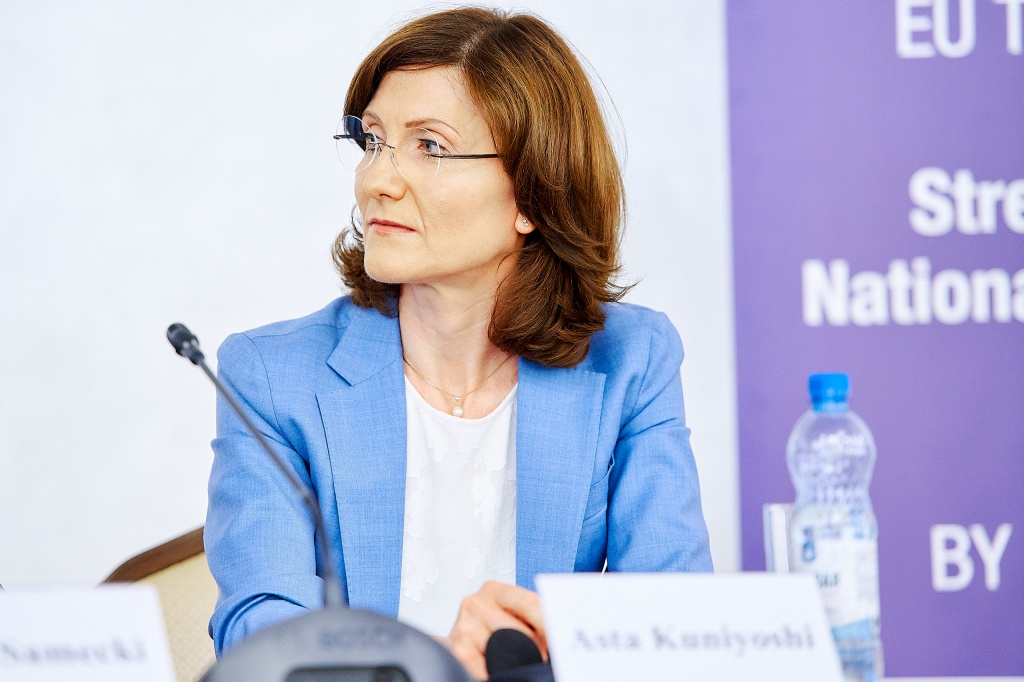 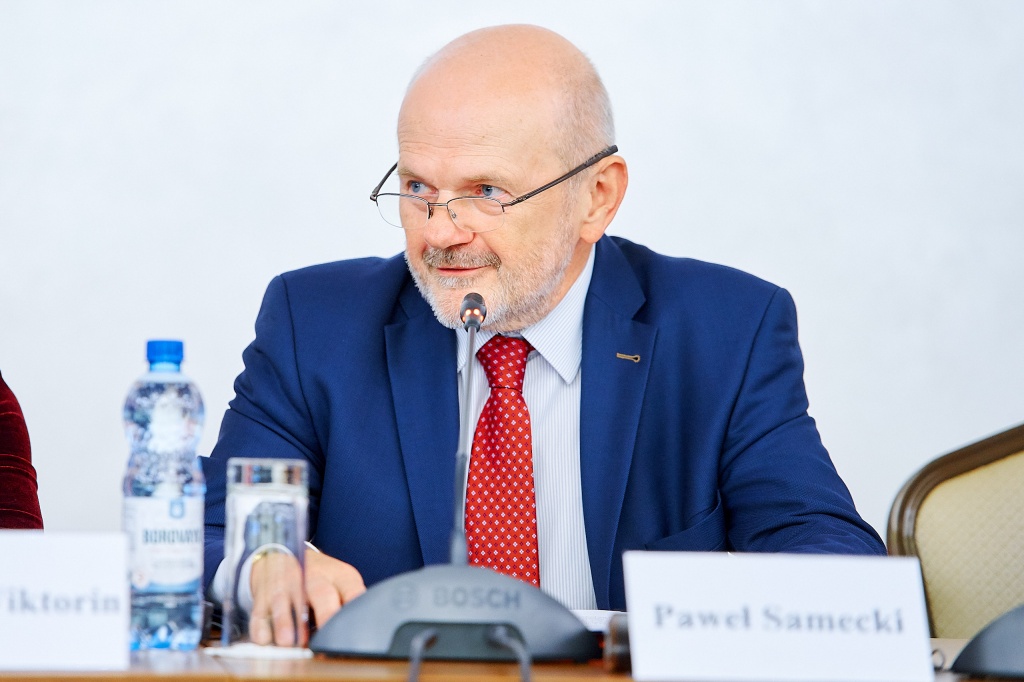 “In more general terms, I hope this project will be perceived by the Belarusian authorities as a good example of the benefits that twinnings may bring about.”

Twinning is the European Union’s instrument, which supports direct collaboration among the EU public institutions and the partner countries (beneficiaries). Twinning projects mobilise the expertise of the state agencies of the EU member states and the beneficiary countries towards achievement of agreed mandatory results by dint of implementing arrangements based on equal partnership.

The National Bank became the first government agency in the Republic of Belarus which participated in the Twinning project.

The Twinning Agreement was signed on December 22, 2017 with a budget of EUR1.15 million. The project was comprised of six components, with specific results being achieved in each of them. 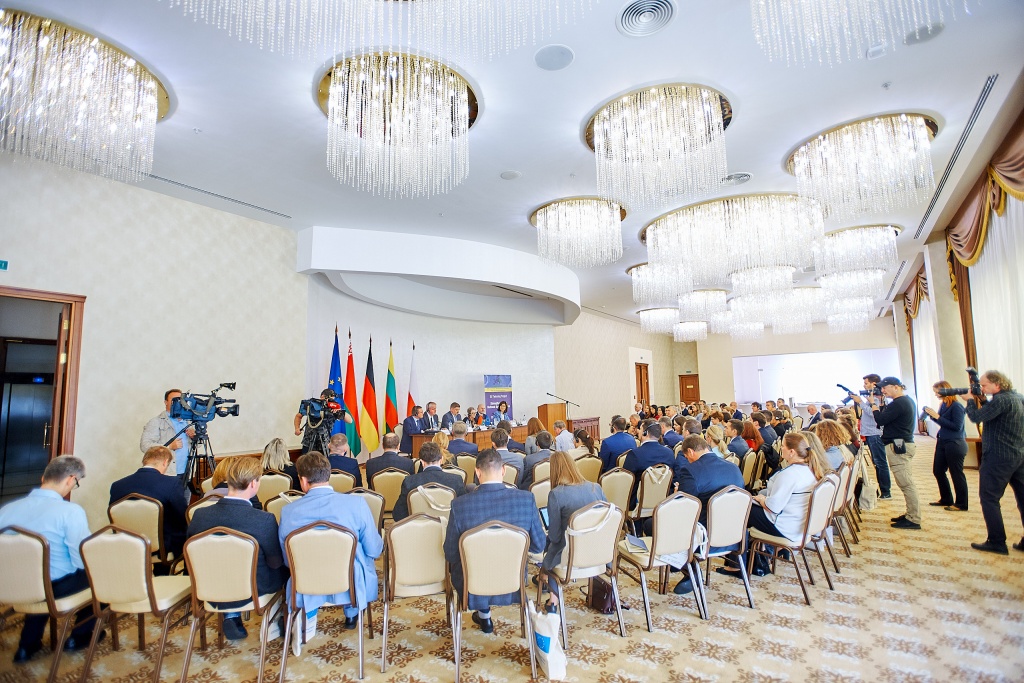 Under Component 2 “Financial Stability”, the Concept for the enhancement of the National Bank’s institutional capacity to ensure financial stability and implement a macroprudential policy, as well as the draft Decree of the President of the Republic of Belarus, which provides for the legal consolidation of the main approaches to ensuring financial stability in the country, were developed.

As a result of Component 3 “Banking Supervision”, the National Bank implemented a state-of-the-art set of tools for banking supervision, adopted a methodology for the Supervisory Review and Evaluation Process (SREP) and established the indicators of the early warning system. 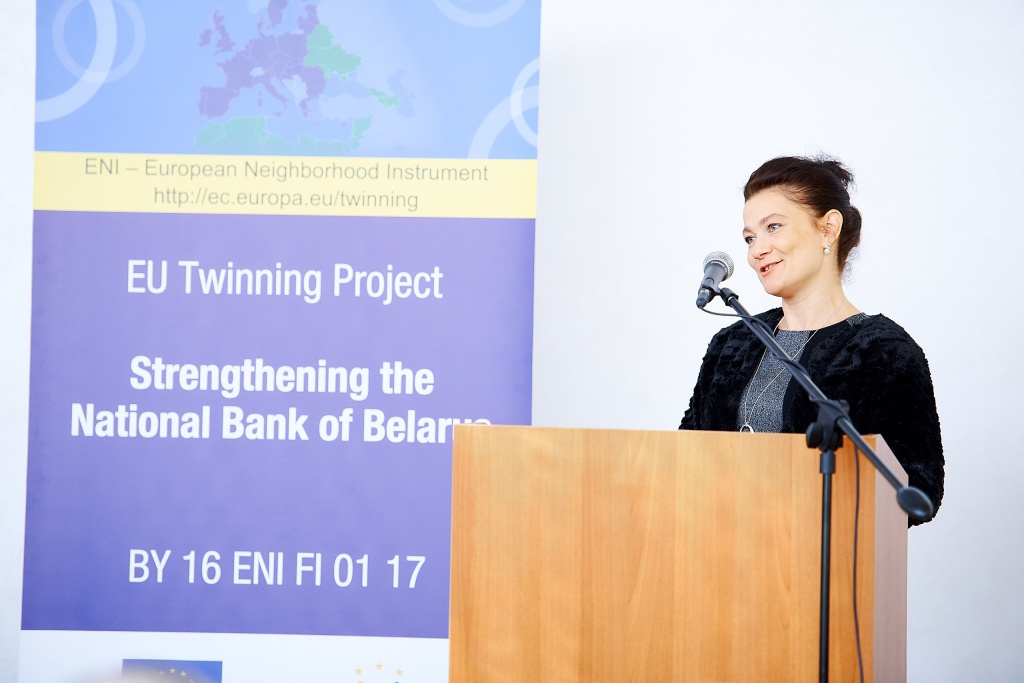 Under Component 5 “Financial Consumer Protection”, the concept of a financial consumer framework in the Republic of Belarus was developed, with an extensive input from the project’s short-term experts. A standardized terminology was prepared, covering the most common banking products, which is expected to increase the transparency and clarity of contractual terms for consumers of financial services.

Under Component 6 “Communication Policy”, a new communication policy was drafted and approved by the National Bank’s Board, which is aimed at raising the level of confidence in the National Bank as a government agency that pursues open, consistent and transparent policies towards ensuring financial and price stability, as well as the internal manual on its implementation and the methodology for evaluating its performance. 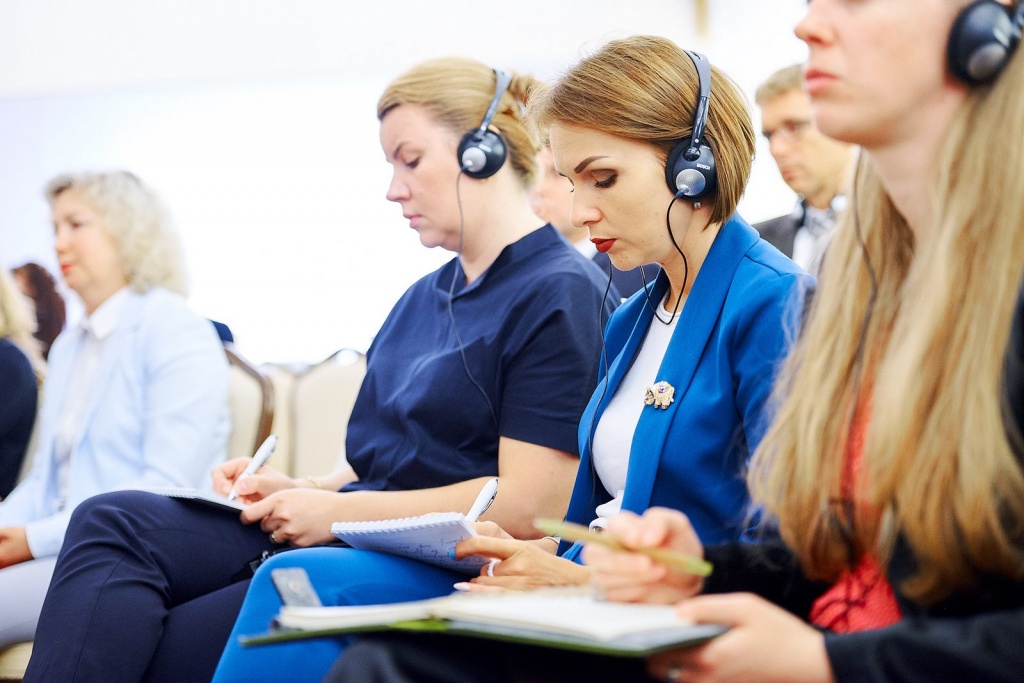 Over the course of the project, 67 missions, 3 expert forums, 3 study visits and 2 internships took place. Fourteen workshops and 2 roundtables were conducted. About 100 short-term experts from the EU member states participated in the missions to the National Bank of Belarus.

On the part of the beneficiary’s country, more than 200 managers and experts of the National Bank, representatives of government agencies, banks, banking associations and other involved organizations of the Republic of Belarus participated in the project events.