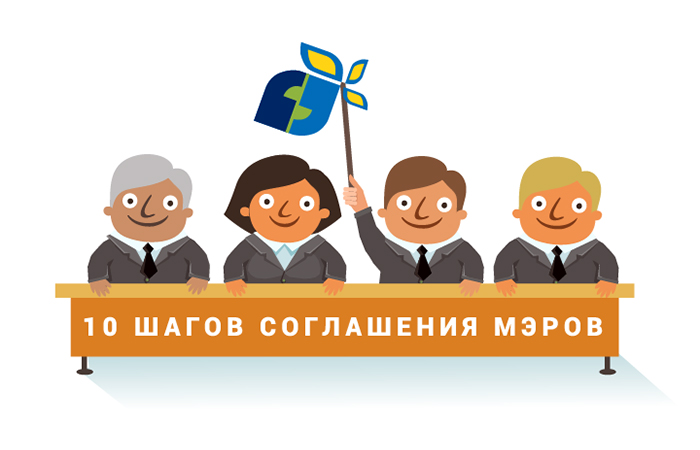 11.12.2019
On 10 December 2019, Hrodna acceded to the international initiative of the Covenant of Mayors for Climate and Energy. It became the fourth regional capital to make a commitment to reduce greenhouse gas emissions.

The Covenant of Mayors signing ceremony was held in the Hrodna Regional Executive Committee (HREC). The HREC Chairperson Miechislav Goy affixed his signature to the document, whereupon the city will strive to reduce its greenhouse gas emissions by 30% by the year 2030. The event was attended by representatives of Ecopartnership International NGO: Yulia Yablonskaya, Chairperson, and Natalia Andreyenko, Coordinator of the European Union's Project "Strong CoM – Strengthening the Covenant of Mayors Movement in Belarus". 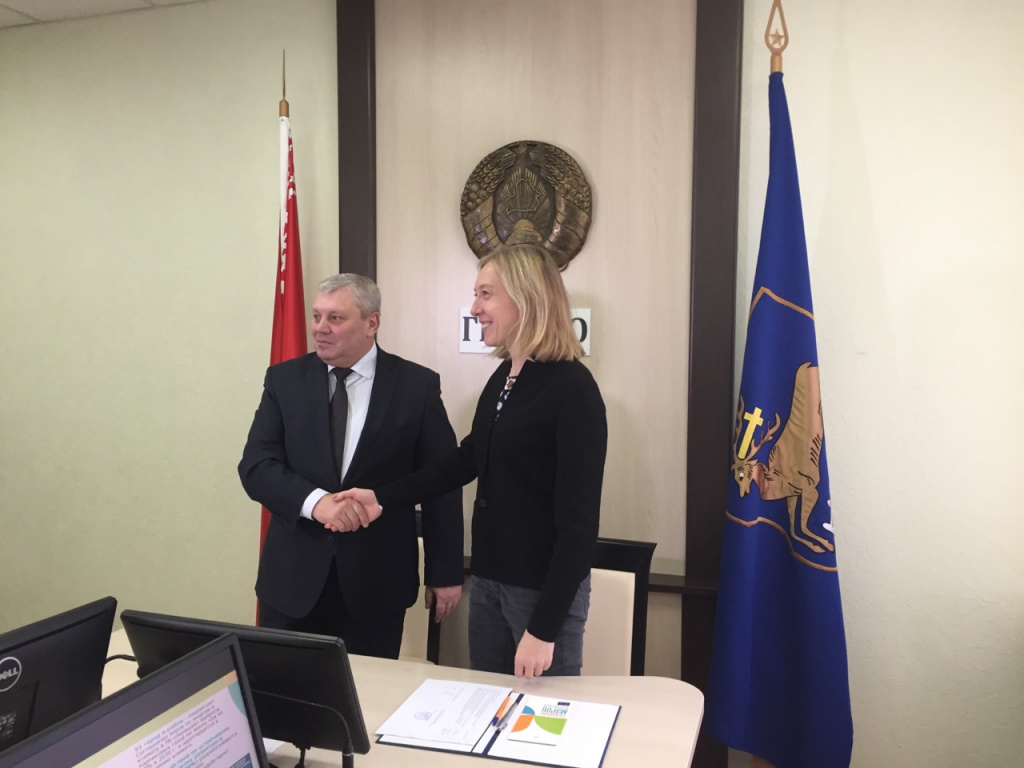 The Covenant of Mayors for Climate and Energy initiative is mainly aimed at at sustainable energy development at the local level and taking action on climate change mitigation and adaptation. More than 9500 cities and provinces around the world have signed the Covenant. Belarusian cities began to join the Covenant in 2011, and 50 cities and towns take part in it already.

Upon acceding the Covenant of Mayors for Climate and Energy, a city gets access to the cities' advanced practices of renewable energy adoption, energy performance improvement and adaptation to climate change; it also receives more opportunities to attract grants and investments.
Within two years, the city develops it Sustainable Energy and Climate Action Plan. It comprises measures to reduce the emissions and adapt the urban infrastructure to climate change. The plan helps the city to access its capacity and needs in the area of energy performance and climate change adaptation. That, it turn, helps bring in investors and raise funds for developing the urban infrastructure.

Thus, five Belarusian cities have been awarded grants of the "Covenant of Mayors – Demo Projects" Programme of the European Union for the Eastern Partnership Countries (Polack, Braslaŭ, Čavusy, Ašmiany, Biaroza). Ten more initiatives of nongovernmental organisations and local authorities have received financial support under the European Union's Project "Strong CoM – Strengthening the Covenant of Mayors Movement in Belarus". They include development and establishment of a demonstration information centre in Braslaŭ and Bielaaziorsk, upgrade of a boiler house in Breast and a sauna complex in Hlybokaje, cycling movement development in Kobryn, Viliejka and Čavusy; creation of green zones in Čavusy.

An important role in the city's efforts to reduce greenhouse gas emissions belongs to its residents, who can make their valuable personal contributions to the common cause.