16.06.2020
– How did I get my injury? Gunshot wound! You can put it this way: I went to sort things out, – jokes Victor. – Well, the bullet went near the spine and damaged two lungs, and the blast wave damaged the spinal cord.

After the injury, Victor actively engaged in sports. He didn’t know back then that the “standard” approach would damage his spinal cord even more.

– I was so actively doing powerlifting that my two vertebrae were compressed and parted - all because of the lack of knowledge. After all, in fact, my body works up to the middle, everything that is below the solar plexus is inactive.

When seated, I shouldn’t lift serious weights. The spine is unstable: so to say, “it’s shaky”. Now, if I lift weights, I hold the kettlebell with one hand as I hold horizontal bar or gym bars with the other. All aspects are important in the inclusive approach. 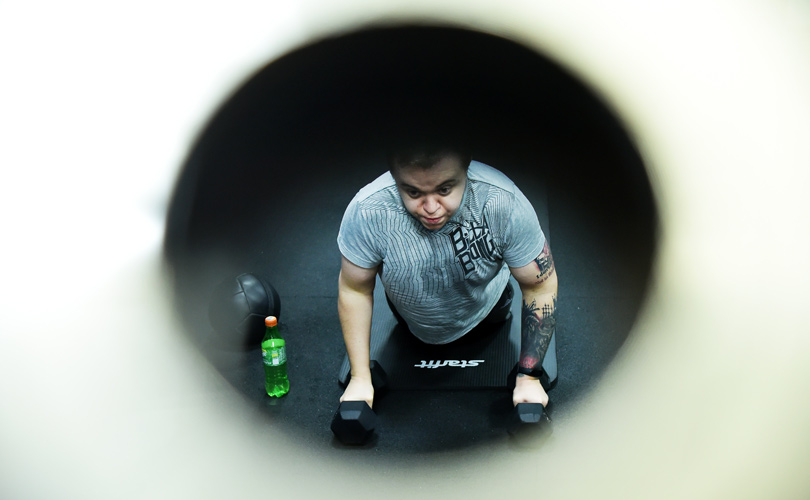 After a year of training, Zhenya trains on his own, Victor looks after the training techniques only.

“Inclusive means for everyone”

The inclusive crossfit gym in Lida became the first gym of the kind in Belarus. Victor Zakharyev from Barysaŭ came to train the guys. It was not possible to take all the aspects into account when opening the gym as there were too many of these. According to the coach, “it is most important to remember the type of trauma and all the aspects of the diagnosis.”

– People with disabilities are very different, the injuries are different. Some can push the barbell, others can only work with weights and do a limited set of exercises.

For example, wheelchair users may have injuries from cervical to lumbar spine cord. I have a thoracic spine cord injury, I insufficiently hold my back and simply cannot do the exercise with the barbell when seated. I don’t even do abs exercises – it’s useless, it’s only the upper part of the body that works.

Cervical spine cord injuries are even more complicated. The hands may not work well in such case, it’s all different for every individual. 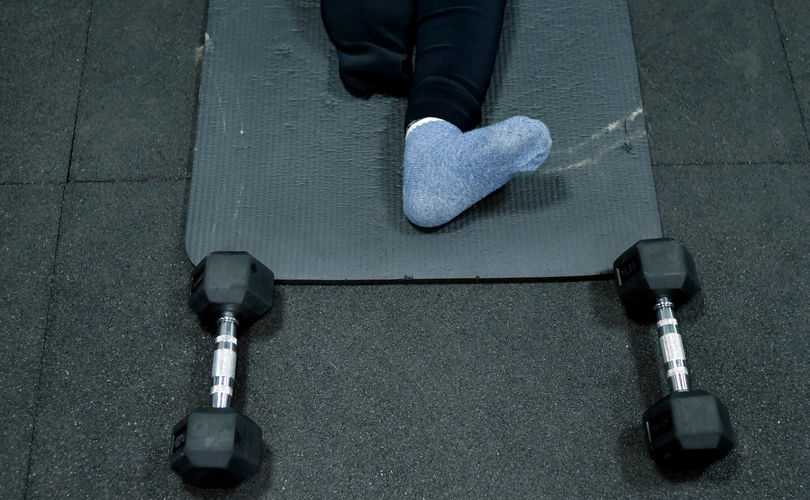 “To the work and back home – that’s the whole life”

– When I just arrived in Lida, I saw how guys and girls lived,” says Victor. – Zhenya and Lena had one scenario: they went to work and back home – that’s the whole life. Now they train three times a week for an hour, that’s cool. Based on my experience, I know that sport gives you confidence.
But, there is more to it than that. Sport is also the strength that you need when driving the wheelchair. Sport gave me the opportunity to climb the stairs to the second floor on my own. I have lived on the second floor for 17 years, and there was no lift. So all do it all by myself, myself.

Elena has been training for about a year and she has become more active and the coach says that she has even lost weight.

– Of course, the original crossfit involves the lower part of the body more. But in our case, the guys can’t squat and jump. Therefore, I developed the individual programs based on the characteristics of each individual. For example, the guys actively do push-ups, do abs exercises, and exercise their arms.

I’m trying to train them on the fundamentals so that they could exercise without me, that’s the most important thing. To be honest, I think that any gym in any town should take into account the characteristic aspects of all individuals.

Inclusive means for everyone. Yes, it’s not easy, we can tell by our gym: I can manage two persons max at a time for a drill. However, everyone should have the opportunity to train. 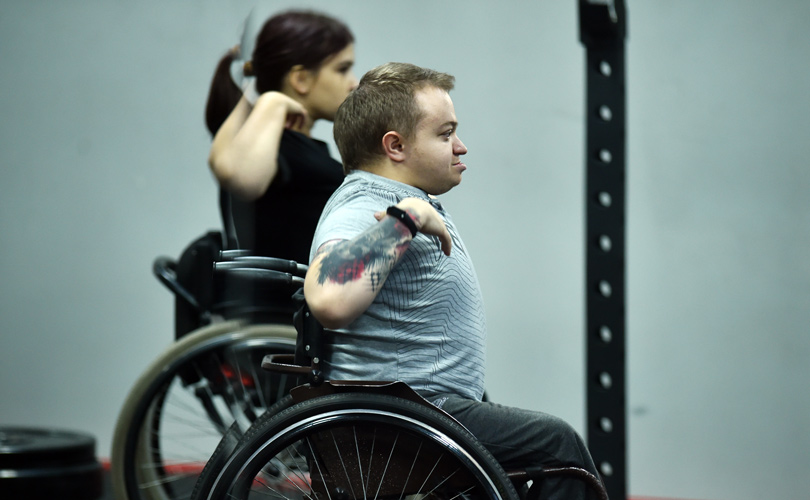 “Inclusive cross-fit” is an initiative of the BELMED Project which is funded by the European Union and co-implemented by UNDP, WHO, UNICEF and UNFPA in partnership with the Ministry of Health of the Republic of Belarus. Implementing Agency: Lida interdistrict organization of the public association “Republican Association of wheelchair users”