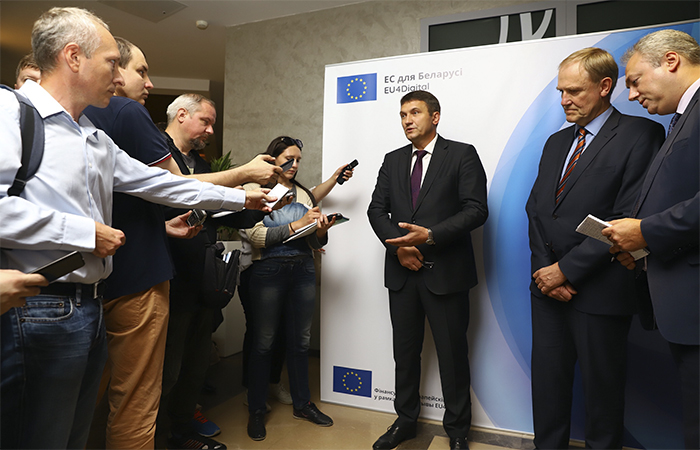 06.09.2019
A conference was held in Minsk on 5 September 2019 to present a new project, funded by the European Union, to support the digital economy and society, with the support of the Delegation of the European Union to Belarus and the Ministry of Communications and Informatization of the Republic of Belarus. 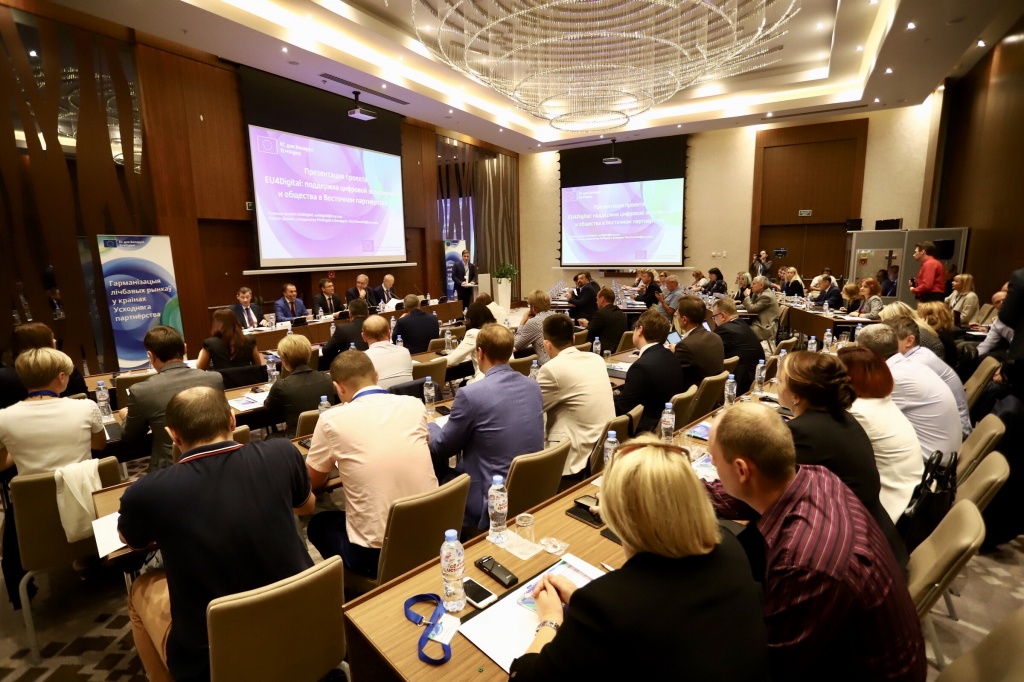 The aim of the event was to bring together key Belarusian stakeholders and present the EU4Digital project as a flagship initiative channelling a broad range of actions in support of the digital economy and society in the Eastern Partnership countries (Armenia, Azerbaijan, Belarus, Georgia, Moldova and Ukraine).

The meeting was addressed by Berend de Groot, Chargé d'affaires of the Delegation of the European Union to Belarus and by Kanstantsin Shulhan, Minister of Communications and Informatization of the Republic of Belarus.

Chargé d'affaires of the Delegation of the European Union to Belarus, Berend de Groot said: "EU4Digital offers attractive opportunities for Belarus to seek better harmonisation with the EU digital markets. The Project aims to benefit Belarusian citizens through better communication and improved access to e-services, and on-line commerce." 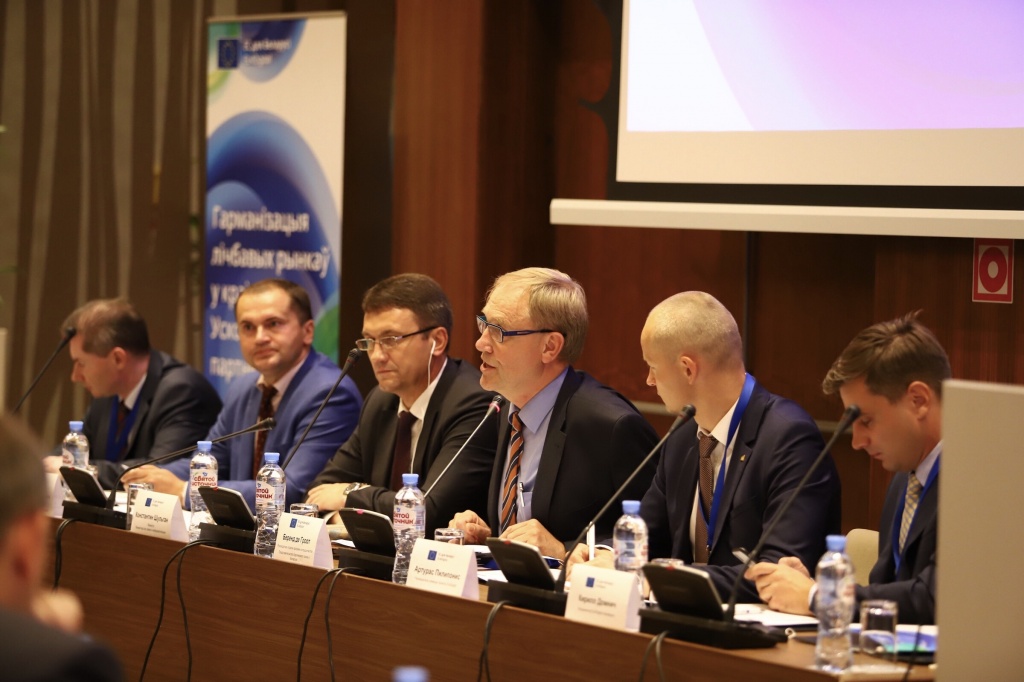 The relevance of this regional project is also due to the fact that currently there is an objective need for more active development of mutually beneficial cooperation in the field of digital technologies, as well as further harmonisation of digital markets. This will accelerate the social development and economic growth of the Eastern Partnership countries in order to remove existing obstacles and barriers for providing common digital services for citizens, government agencies and businesses, which ultimately will contribute to providing more efficient and diverse services at optimal prices, increasing the volume of attracted foreign investment, as well as stimulating trade and employment,” Kanstantsin Shulhan, Minister of Communications and Informatization of the Republic of Belarus, said.

The opening remarks will be followed by a full presentation of the Project, and a panel discussion on how EU4Digital complements other digital initiatives in Belarus. 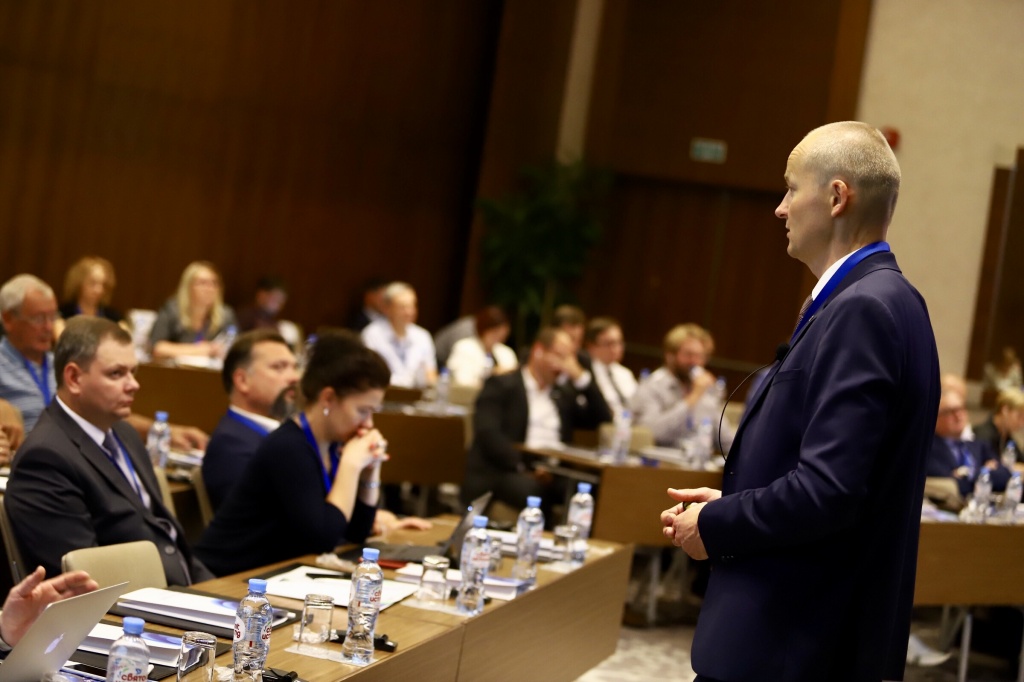 EU4Digital aims to extend the benefits of the European Union's Digital Single Market to the Eastern Partner states, channelling EU support to develop the potential of the digital economy and society, in order to bring economic growth, generate more jobs, improve people’s lives and help businesses.

More information about the project here.