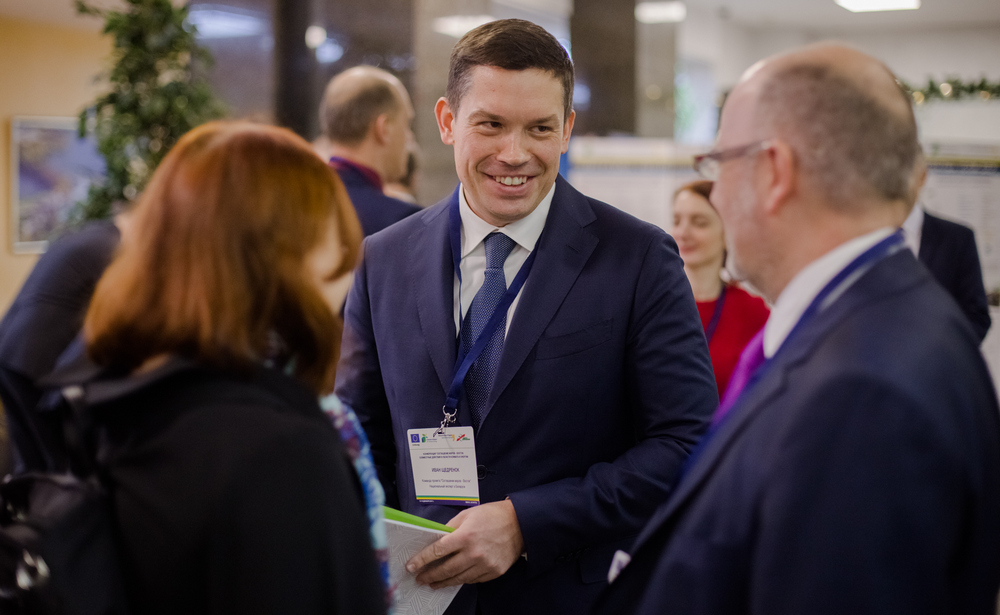 There are already 8 thousand cities and towns all over the world voluntary committed themselves to reduce CO2 emissions into the atmosphere by 30% by 2030. From the Eastern Partnership region there are more than 300 such cities and towns. What they are driven by? Where to find financing for such ambitious goals? What progress have these cities and towns reached and which difficulties faced to reach awaited number? Experts, representatives of European Commission, ministries and city halls discussed these issues at the “Covenant of Mayors - East: Joining Forces for Climate & Energy Action” conference which took place in Minsk on December 13-14. 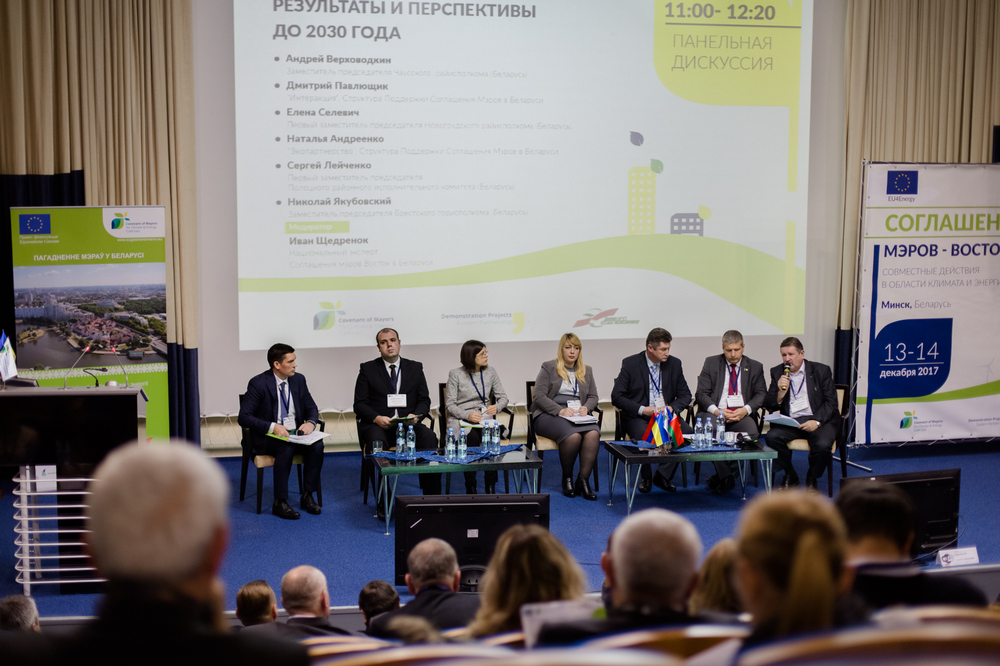 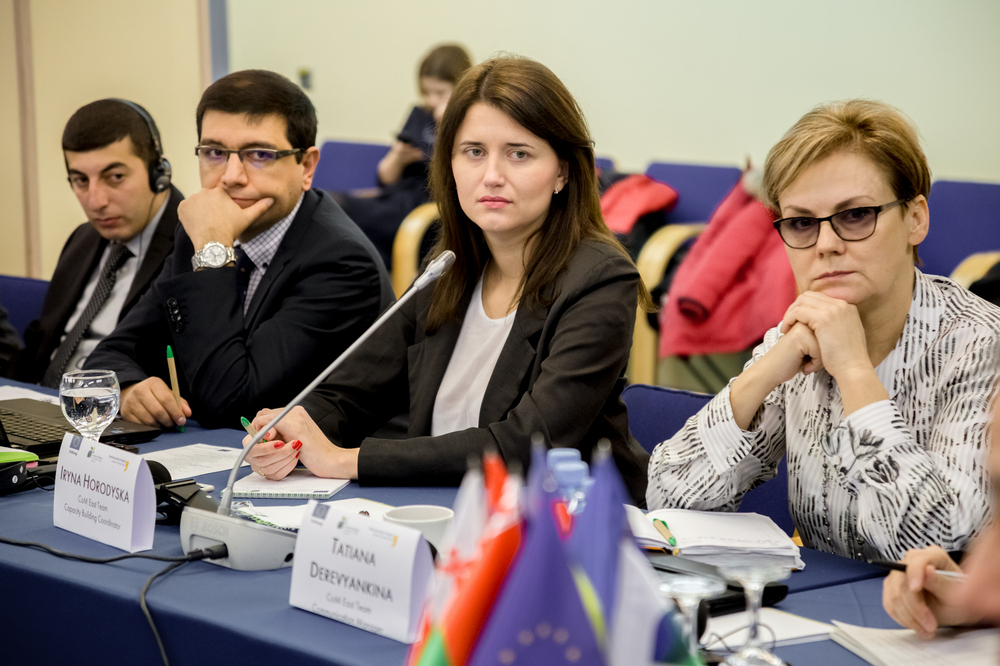 Why does it matter?

Scientists are sounding the alarm because of concentration of CO2 in atmosphere raised to critical peak. If nothing to reduce harmful emissions is done, it will cause climate change all over the planet.

If the CoM signatory сities would not commit and take actions, they would need to plant 850 millions of trees or stop using 12 millions of new cars or replace 630 millions of old IL lamps with new LED lamps in order to absorb these unsaved CO2 emissions”, - Christophe Frering, Team Leader of Experts of EU project “Covenant of Mayors - East” outlined.

Where to find financing for such ambitious goals?

Anders Lund, Associate Director & E5P Fund Manager at European Bank for Reconstructure and Development announced E5P’s start in Belarus. E5P is a multi-donor fund invests in energy efficient and ecological projects in Eastern Partnership countries. E5P is functioning by co-financing principle, which means that one part of funding goes from the European Union (major contributor) and contributing countries and another part goes as contribution from recipient country. 17 million euros of seed investment have been already attracted for Belarus. 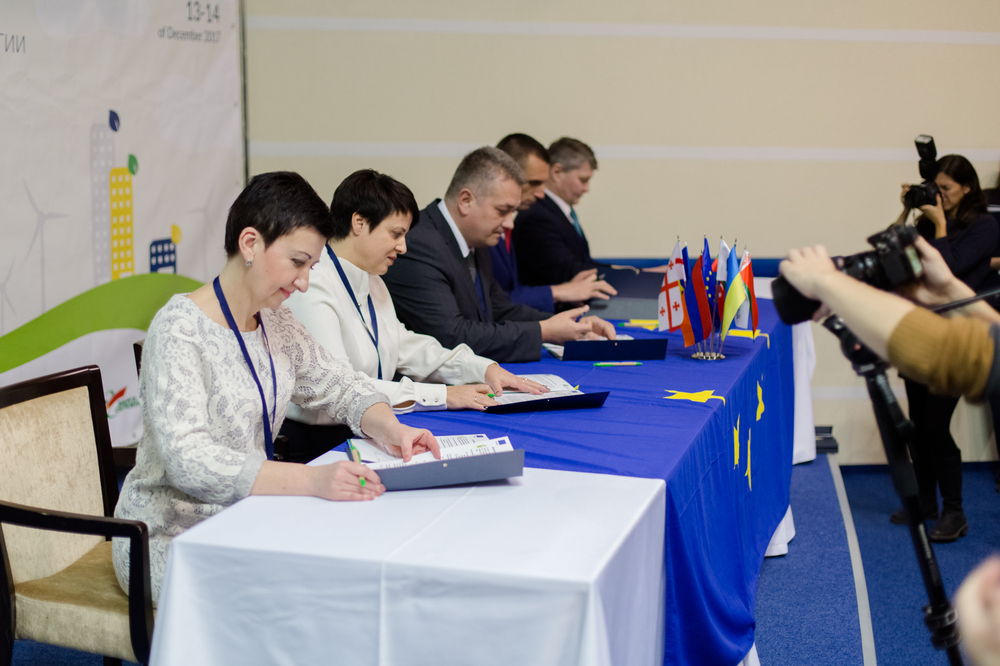 Representatives of Belarusian cities and towns during solemn ceremony

But which progress had been already reached in cities and towns joined the Covenant before? “Save water” is not only a recomendation, but a project being implemented in Čavusy within EU programme “Covenant of Mayors - Demonstration Projects”. During the panel discussion Deputy Chairman of Čavusy District Executive Committee Andrei Verkhavodkin described this project. System for automation for vision of energy and water is being developed there. Estimated savings from this system are expected to be 250 000 EUR annually. Also interactive calculators where users without any specific background can make calculations on energy and water saving were developed. 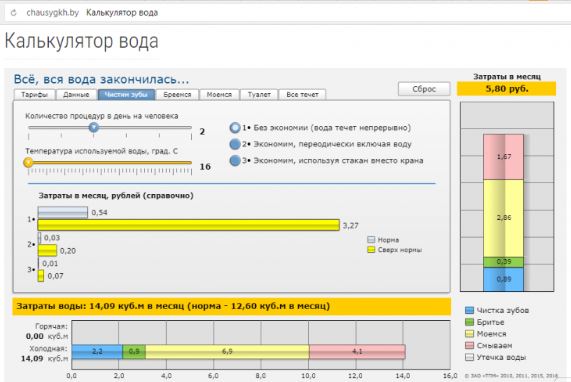 In Polack which was first city from Belarus joined the Covenant of Mayors CO2 emissions are already reduced by 12% and in next two years this number will be increased by half. Here PubLiCity project is being implemented within EU programme “Covenant of Mayors - Demostration Projects”. But achieving the goal of 30% also depends on city residents themselves. As Deputy Chairman of Polack District Executive Committee Siarhei Leichanka noticed, ‘Average citizen can just change regular light bulbs for LED ones, insulate house, save water, heat, energy and thereby reduce CO2 emissions”.

As in Belarusian Polack, Armenia’s capital Yerevan is also implementing project on public lightning modernization. But it is not enough only to install new lightning, it’s also needed to check how this equipment work. Together with Yerevan mayor’s office photometric laboratory was opened, where measurements of light sources could be hold. 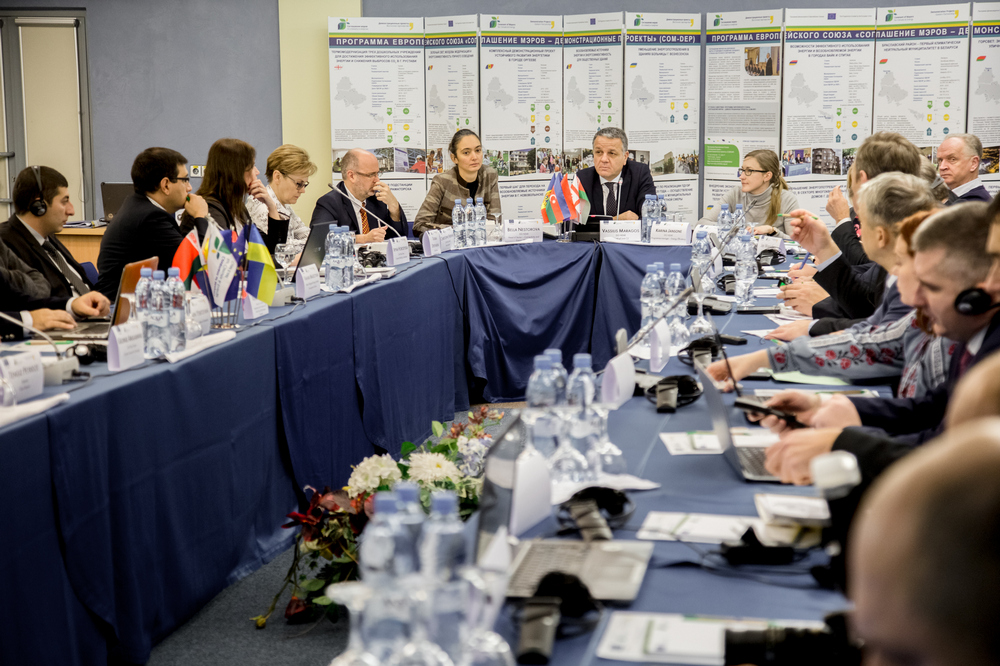 Joining the Covenant of Mayors gave impetus to Ukranian municipality Dolyna to develop town programme on dwelling houses heat modernization. At this moment, walls and basements of 30 houses have been insulated. Consumption of gas in these houses reduced by 40%. By the way, Dolyna’s residents became awared in their houses being modernized and ready to co-finance costs up to 50%

But which problems do the CoM signatories face with? Conference participants outlined the following ones: mistrust to new technologies from the local authorities, inconsistency of EaP countries’ legislation and EU’s one in some issues, lack of experience on realization of energy efficient projects and relevant specialists for them as well as lack of money in the budget of city/town to co-finance such projects. Solution of the last problem was offered by Oleksij Korchmit, representavie of public association from Ukarine “Municipal Energy”. Soultion consists of energy service contracts which are actively implementing in Ukranian cities and towns, including CoM signatories. The principle is simple - budget institutions attract private investments for energy efficient activities and return them by energy saving. 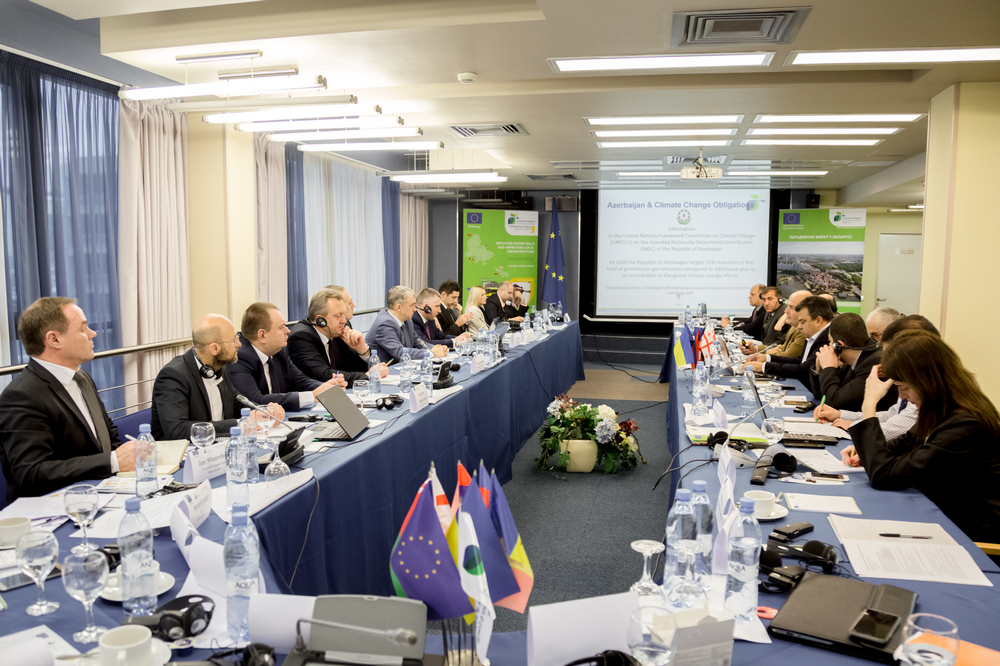 Covenant of Mayors East (CoM East) is the EU-funded Project aimed at bringing together local and regional authorities of the Eastern Partnership countries in implementing sustainable energy policies, reducing their dependence on fossil fuels, increasing security of energy supply and facilitating the global movement on climate change mitigation. Out of more than 300 communities from the Eastern Partnership countries 32 Belarusian local government bodies committed themselves to reduce carbon dioxide emissions to 20% or 30%.

Covenant of Mayors – Demonstration Projects (CoM-DeP) is the European Union Programme supporting municipalities from EaP countries , which are signatories of the Covenant of Mayors, with the population of less than 200 thousand inhabitants. The CoM-DeP provides technical assistance and financial support to small cities in the course of implementing energy efficiency measures included in their Sustainable Energy Action Plans. As part of the Programme, 19 Demonstration Projects are being currently implemented in the Eastern Partnership countries: 11 in Ukraine, 3 in Belarus, 3 in Moldova, 1 in Armenia and 1 in Georgia.

EU4Energy Initiative covers all EU support to improve energy supply, security and connectivity, as well as to promote energy efficiency and the use of renewables in the Eastern Partner countries Armenia, Azerbaijan, Belarus, Georgia, Moldova and Ukraine. It does this by financing projects and programmes that help to reform energy markets and to reduce national energy dependence and consumption. Over the longer term, this makes energy supply more reliable, transparent and affordable, thus reducing energy poverty and energy bills for both citizens and the private sector.