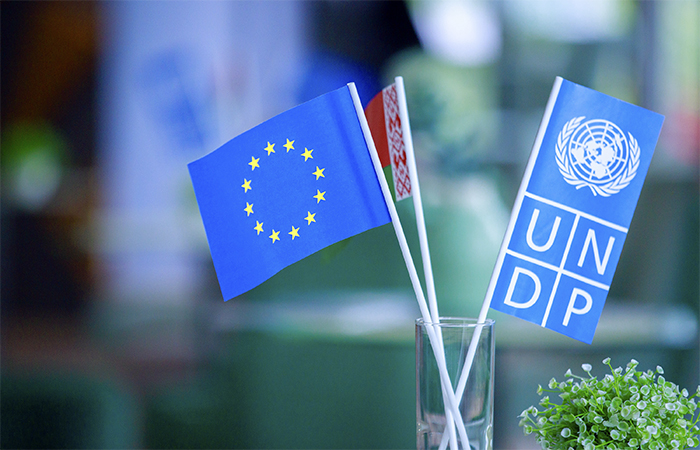 27.08.2019
Project “Support to Economic Development at the Local Level in the Republic of Belarus”, funded by the European Union and implemented by the United Nations Development Program (UNDP) in partnership with the Ministry of Economy of the Republic of Belarus, announced the Call for proposals for initiatives aimed at developing the infrastructure for supporting entrepreneurship with a total indicative budget of $ 1.320 million.

The purpose of the Call for proposals is to support initiatives aimed at developing the infrastructure for supporting micro, small and medium-sized enterprises (SMEs) in the pilot districts of the Project.

The implementation of the supported initiatives will further contribute to:

• Strengthening the capacity of organizations that play a key role in achieving the goals and solving the issues of local economic development;

• Promoting educational activities and developing interaction between organizations of the non-profit sector, local authorities and the business community;

• Support for non-profit non-governmental public organizations whose activities are aimed at working with the low-income population, at solving environmental problems, ensuring gender equality;

• At the search for innovative approaches to solving problems of further development.

Applications for the Call for proposals are accepted for the further implementation of initiatives in 12 pilot districts of the country:

The deadline for accepting applications within the Call for Proposals is from August 20 to September 30, 2019 inclusive, until 18:00 Minsk time.

To enter the Call for Proposals, please:

2. Familiarize with the Rules and the application forms.