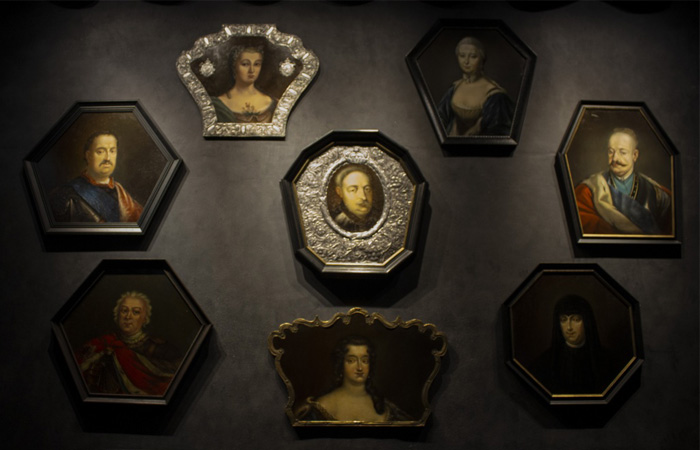 18.08.2020
An international exhibition project named Castrum Doloris. The Niasviž Court Obsequies opened in Niasviž Castle. The exhibition offers an account of the 18th century funeral culture related to the Radziwill family. In the rest of Europe, only emperors and princes were honoured with such funerals, as members of that family.

The ceremony was notable for its splendour; it involved architects, composers, priests and even artists. It was known around the world as pompa funebris (Latin for a funeral procession) – the official ceremony of lying in repose and summing up the results of the deceased person’s work for the good of their country, clan/family.

The exhibition recreates the atmosphere of a funeral procession. The signs and artifacts used in that complex ceremony are displayed for the first time. The unique exhibits were found in the sarcophagi during a survey of the Radziwill mausoleum in the Niasviž Corpus Christi Church, where an international expert team worked in 2016-2017. The Niasviž crypt, a global-level cultural monument, is among the most significant and valuable burial vaults of princes and emperors in Europe.

The project has been implemented with support from the European Union within the Latvia-Lithuania-Belarus Transboundary Cooperation Programme.

Based on information of niasvizh.by