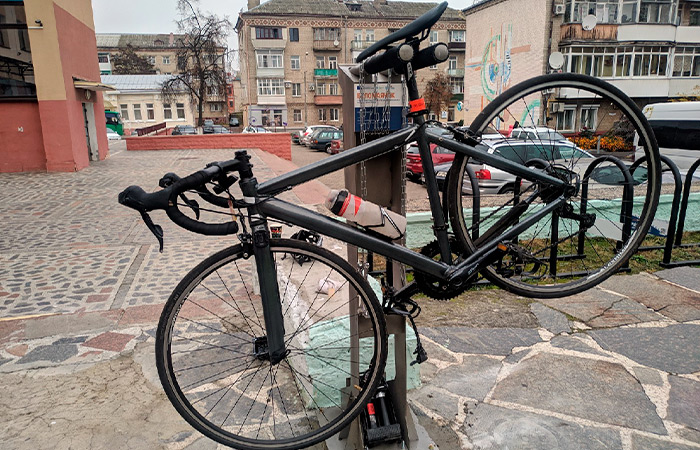 08.11.2019
At the end of last year, a large-scale selection of applications and proposals for improving the bicycle infrastructure and conditions for the development of cycling in the regions of Belarus was held. These events are held within the framework of the project “Urban cycling in Belarus”, supported by the European Union. In total, about 90 applications were received and 24 of them were selected from state and non-state non-profit organizations.

Depending on the offers, bicycle parkings, bicycle garages, stands for self-repair of bicycles (velospots), bike schools, tourist routes will appear in different cities of Belarus, social advertising will also be developed.

In total, it is planned to purchase 43 bicycles and install 21 velospots, 19 bike parkings and 4 indoor bike parkings for long-term storage of bicycles.

Work on the implementation of proposals is already underway. The first velospot was installed in Minsk. It is located on Lidskaja Street, in the Kamiennaja Horka microdistrict near the Church of St. Nicholas of Japan. The parish shares environmental values, supports the development of cycling, and therefore submitted an application for improving the bicycle infrastructure. The location of the stand for self-repair of bicycles in the center of one of the most densely populated makes it convenient and popular.

Velospots can be called the next step in the development of bicycle infrastructure. If bike parking and bicycle garages help solve the daily problem of storing bicycles, stands for self-repair can cope with emergency situations. All steps to implement the proposals that participated in the selection are aimed at making the bicycle more often used as a full-fledged transport for fast and comfortable movements around the city.