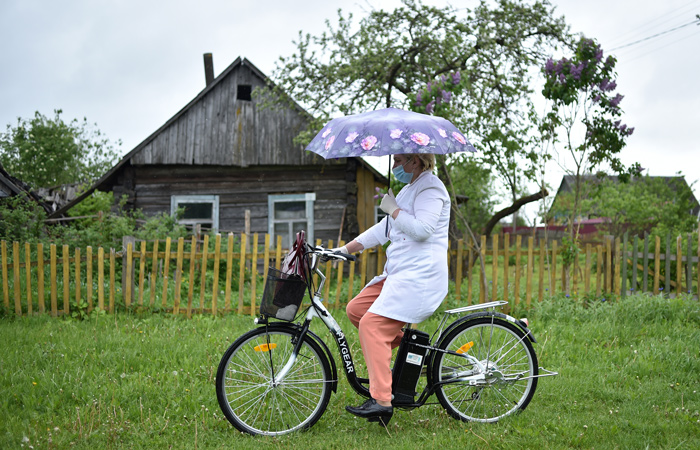 08.07.2020
Nadezhda has been working as a paramedic for 46 years in the urban village Obal’ in Viciebsk region. She provides services to 7 settlements with a total of 400 residents. But these figures are relevant as of today. It used to be 11 settlements and over 1000 residents.

– I was distributed for deployment to Minsk, but my parents wanted me to stay in the village. So I got married, gave birth to twins, I stayed on maternity leave for one year and started to work at the paramedic’s point in the village. People don’t live as long as I worked there, – jokes Nadezhda.

– All those years in one place, in the same building, I know every single crack here. I want the people to be able to work just as well, – whispers the paramedic.

“Here I am the surgeon, physician, gynecologist and midwife”

– Many people may think that my job here is easy, but that’s not true. Early in the morning I start with the patients that come to see me, followed by manipulations and then I do visits to the patients. Here I am the surgeon, physician, gynecologist and midwife. If you make a mistake in the diagnosis, the people won’t trust you. 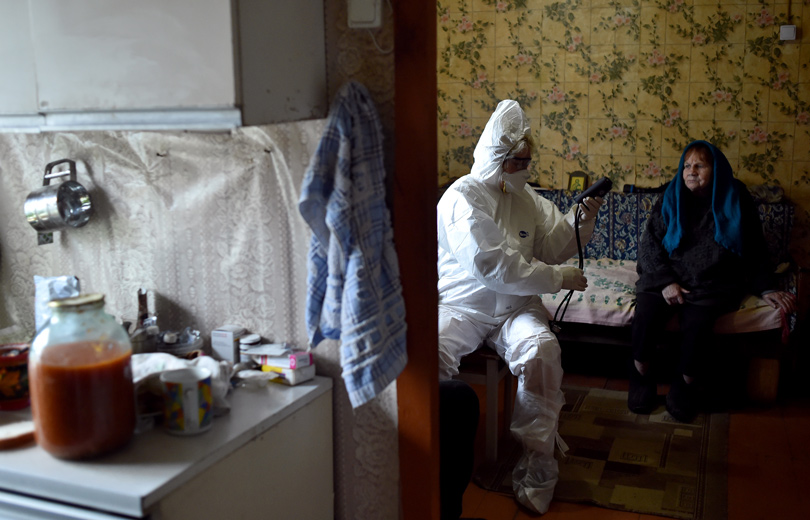 I have quite a big area of responsibility. If I have an emergency call, do I jog to the neighboring village? No way. It would take time for the ambulance to come as well.

So when we got the electro bikes, I can’t really tell you – this is totally different type of work that we have here. So I think the young doctors will find it nice to work here.

I have been riding the electro bike since 2017, and it works perfectly well, especially if you use it correctly: don’t freeze it and charge it on time. I replaced no parts throughout the three years. This is the rule that works out well with everything: if you do take good care of the item, it will serve you for a long time.

The bike for Nadezhda was no discovery. When a child, she used to ride the two wheeled bikes in a manner that once she fell down, and this resulted in a concussion. However, this never stopped the paramedic: when young, she drove a motor cycle. Nadezhda has been active throughout her life. She is now 65 and not retired “I will keep on working as long as I have strength”. 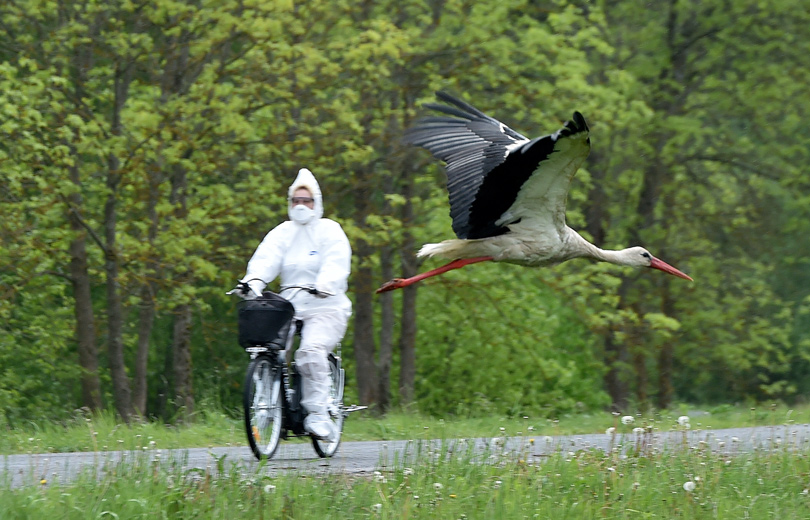 – Every day I ride different distances. If I visit every yard, I may commute over 20 km. I commute to the village, then visit all the yards, and I need to commute back. What did I do before? I walked! You take the visits in the morning, close down the paramedic’s point and walk to visit the people on-site regardless from whether your working day is over or not.

First, when people saw the electro bike they reacted as if it was a plane that just landed. Everyone was approaching, looked carefully and some people even asked for a ride. They asked about the costs of the bike and where one could buy it. But it’s impossible to buy a bike like that in a village – it’s way too expensive! A lot of people would have bought it, that’s a lot of help on the mobility matter for every elderly woman.

Just two days ago I had a case: a six months’ old child with fever of 40,5. I immediately called the ambulance, hopped on the bike and went there. I made a lytic mixture, prepared the child, the fever went down and the ambulance arrived. Of course they did take the child to the hospital. But had there been no bike, how would have I jogged there?

– One needs to love people – that is most important in medicine. We don’t care, whether the person drinks alcohol or not, you need to see the human being inside every individual. There might be people who don’t like me, but I love all people, I like them.

“Wasting No Time” Initiative was implemented under the BELMED Project which is funded by the European Union and co-implemented by UNDP, WHO, UNICEF and UNFPA in partnership with the Ministry of Health of the Republic of Belarus. Implementing Agency: Sianno Regional Organization of the Public Association “Belarusian Union of Women”.