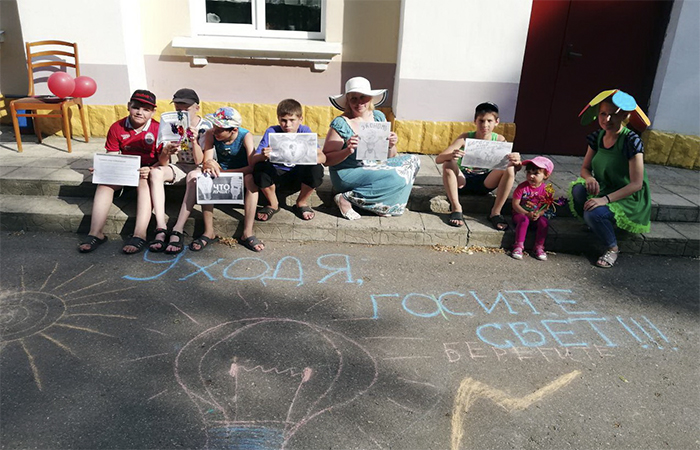 28.08.2019
Team of the EU-funded PubLiCity project compared results of public opinion surveys in Polack in 2016 in 2019 to find out whether energy saving habits of the Polack residents have changed over the course of four years when the project had just started.

First survey was held in 2016 and gathered responses from over three thousand people. In 2019, we collected 1315 responses; the respondents could either participate in the survey online or fill in printed questionnaire copies.

Survey results show that Polack residents now tend to save more energy in their everyday life and think more about the environment. In 2019, 85.96% respondents answered ‘yes’ to a question whether they try to save energy at home. In 2016, only 79.40% people said they were trying to make their life more energy efficient.

Polack residents are now more conscious of the benefits of energy efficient lighting. In 2019, 32.31% respondents said that they have replaced all light bulbs for energy saving or LED ones; in 2016, their number was 23.55%.

When it comes to energy saving, Polack residents are still motivated mostly by financial benefits (59.77% in 2016 and 69.51% in 2019). However, more people are switching to energy efficient modes of behavior because they think about the environment. In 2016, only 17.83% were anxious about the impact of their lifestyle on the environment, while in 2019 this number has grown to 31.19%.

On another note, people in Polack are now more ready to choose walking and biking over private cars. In 2016, 15.77% respondents were willing to say no to a private car in order to save resources; in 2019, their number has grown to 30.79%.

Respondents who are willing to change their lifestyle habits shared some interesting tips. If you want to save energy, try teaching your kid to take shower instead of bath every day, create light zoning in your apartment, check your wiring, install lighting with movement sensors, spend less time playing games on your phone or tablet, or simply go to bed earlier.

Results of the 2016 and 2019 surveys show that Polack residents have become more responsible in terms of saving resources. They are now ready to change their habits, adopt a more energy efficient lifestyle, and take care not only of their budget, but also of environment. To a large extent, this change is due to constant awareness raising activities as part of the Covenant of Mayors for Climate and Energy – most importantly, such annual events as Energy Days and Mobility Week.

Full results of the public opinion surveys in 2016 and 2019 in Russian are available here.

Public opinion surveys are part of the PubLiCity project that aims to modernize public lighting in the city of Polack. The project is implemented by Polack Executive Committee and Interakcia Foundation and is funded by the European Union under the EU4Energy initiative.