Developing an Effective System of Cultural and Information Service for Rural Citizens “The World of Information, Culture and Creation for Everyone”

The world of information, culture and creativity - for everyone

In Rahačoŭ District, more than 6,700 people live in 119 small remote settlements without any cultural establishments. The Project has enabled them to receive up-to-date information, take part in cultural activities and bring their talents to light.

Goals and Objectives: Improve the quality of information and cultural services for residents of remote and under-populated villages.

Intermediate Outcomes: The people had an opportunity to visit theaters, museums and exhibitions in Minsk, Homiel, Babrujsk, Mahilioŭ and other cities. Trips to the Cichiničy Sports and Health Center, Žlobin Water Park, Homiel Circus and Minsk Dolphinarium were arranged for children.

A mobile automobile club was set up in a 19-seat mini-van fitted with audio and video equipment and an independent power source. This allows 10 to 12 open-air events (concerts, meetings, festivals) a week to be held in remote settlements.

40 local initiatives helped the organizers to preserve and develop cultural traditions. Rural residents, staff of clubs, museums, libraries and schools came up with ideas of how to improve their cultural life. Thus, in the village of Lučyn, activists held a regional accordionist and folk four-liner song (chastushka) contest; they helped the "Nedelka" Children's Amateur Association to acquire sports equipment and uniforms. The publication of the book "100 Stories of the Lives of Lučyn Residents" by Sofia Kusenkova was an essential step towards preserving the local historical heritage. The "Secrets of Medicinal Herbs" ecological museum was opened in the village of Zbaroŭ; the "Wooden Lacework" exhibition – in the settlement of Iĺjič; the museum of Vladimir Liudvigovich Kign-Dedlov, a 19th century author and a fellow countryman, will open in the village of Kurhanje in summer 2016. The new expositions will attract more tourists to Rahačoŭ District. 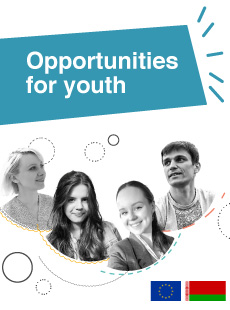