“Agenda-50” The rights of person with disabilities: agenda for Belarus 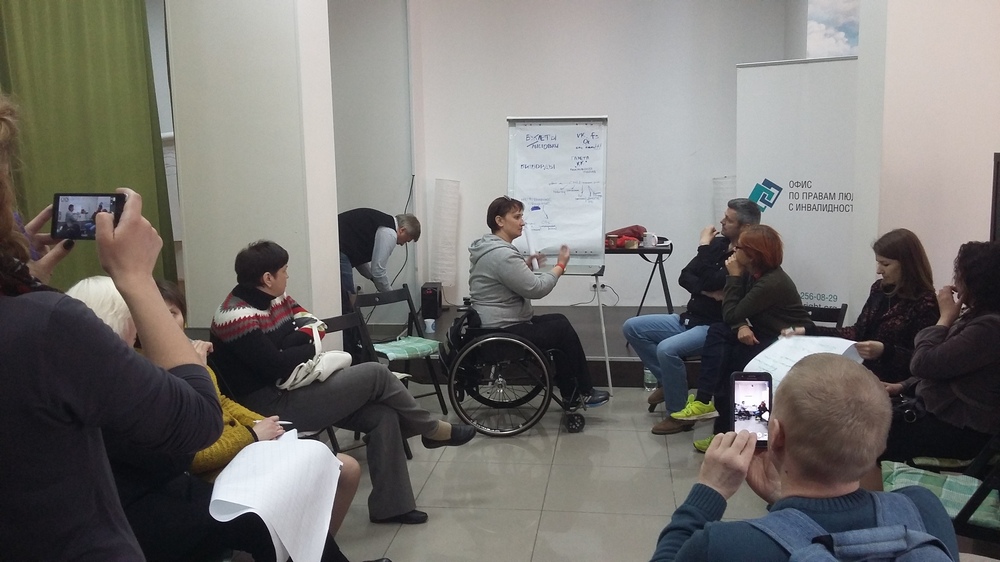 Implementing agency: Office for the Rights of People with Disabilities

On September 24, 2015, the Republic of Belarus acceded to the UN Convention on the Rights of Persons with Disabilities and a year later, it ratified the instrument.  The Convention provides for respect for the rights and basic freedoms of people with disabilities, their recognition as full-fledged members of the society. The project is aimed at bringing the national legislation in line with the Convention, as well as at introducing changes into the law enforcement practices in Belarus.

Goal and objectives: Develop local agendas/strategic documents to help people realize the spirit and meaning of the Convention on the Rights of People with Disabilities for five pilot areas (Liepieĺ, Stolin, Valožyn, Ščučyn, Babrujsk, Stoŭbcy).  Actively engage local residents in the process. Bring together people from different regions for experience exchange and mutual support, thus facilitating the design of the national policy on people with disabilities.

Intermediate outcomes: A research was on the capacity and available options for introducing local planning mechanisms in Belarusian regions to provide for respect for, encouragement and full implementation of the rights of people with disabilities, which findings have informed the selection of the pilot project sites.

The 22 Steps manual was developed for applying the best practices of Poland in providing equal opportunities for people with disabilities in Belarusian conditions.

Round tables and seminars were arranged in each of the six pilot towns to discuss strategic agenda development engaging all stakeholders: local governments and general public including people with disabilities.

The project participants made a study visit to Poland, where they had an opportunity to learn about the work of nongovernmental organisations and public agencies with disabled people.

Based on a mini-grant contest with an overall budget of euro 35,000 several nongovernmental organisations were selected to implement 7 mini-projects on various topics (combating stigma and discrimination of people with disabilities, their employment, advocacy, etc.).  In partnership with public authorities, these NGOs will work on implementation of the Convention principles in the field.

In October 2018, the project participants made a study visit to Denmark, where they learned about the Dutch social system operations in context of the Convention on the Rights of People with Disabilities.

Stoŭbcy, Stolin and Ščučyn signed local agendas in last December. Two more towns, Valožyn and Babrujsk, plan to do that in the beginning of 2019.