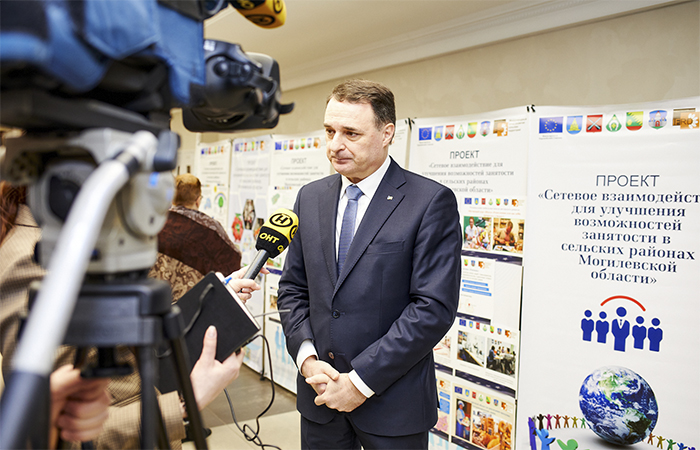 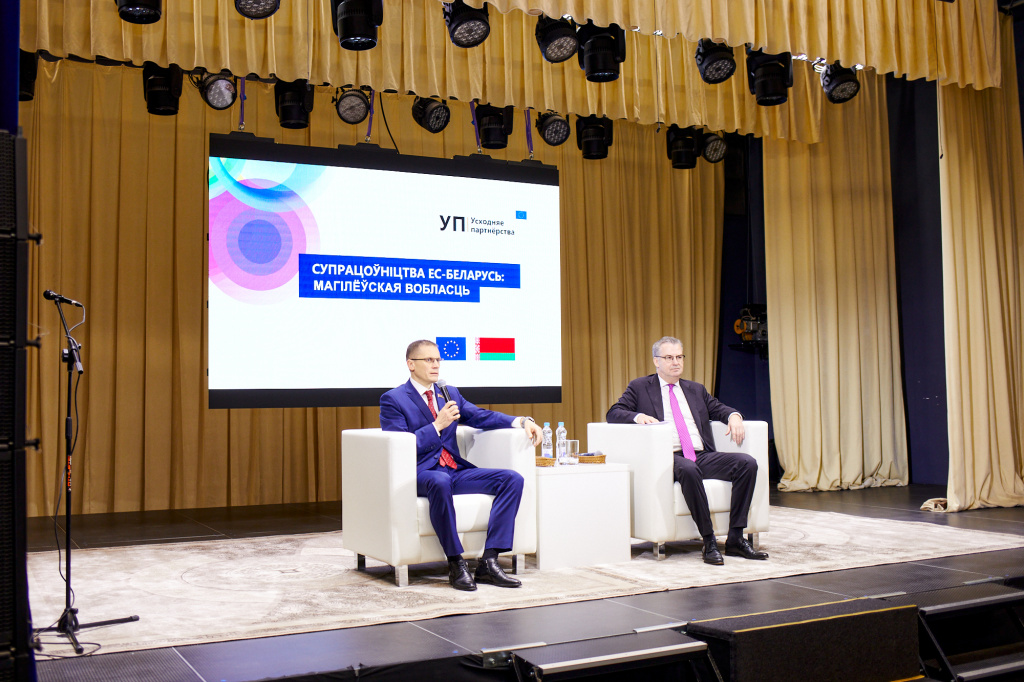 In opening the meeting, Dmitry Kharitonchik, Chairperson of the Mahilioŭ Regional Council of Deputies, expressed his hope that the event would foster new contacts and ideas: "In the last few years, Mahilioŭ Region has managed to implement, or is implementing now, several projects totalling to more than €2 mn. The region keeps making efforts to develop international cooperation in both economic and social spheres". 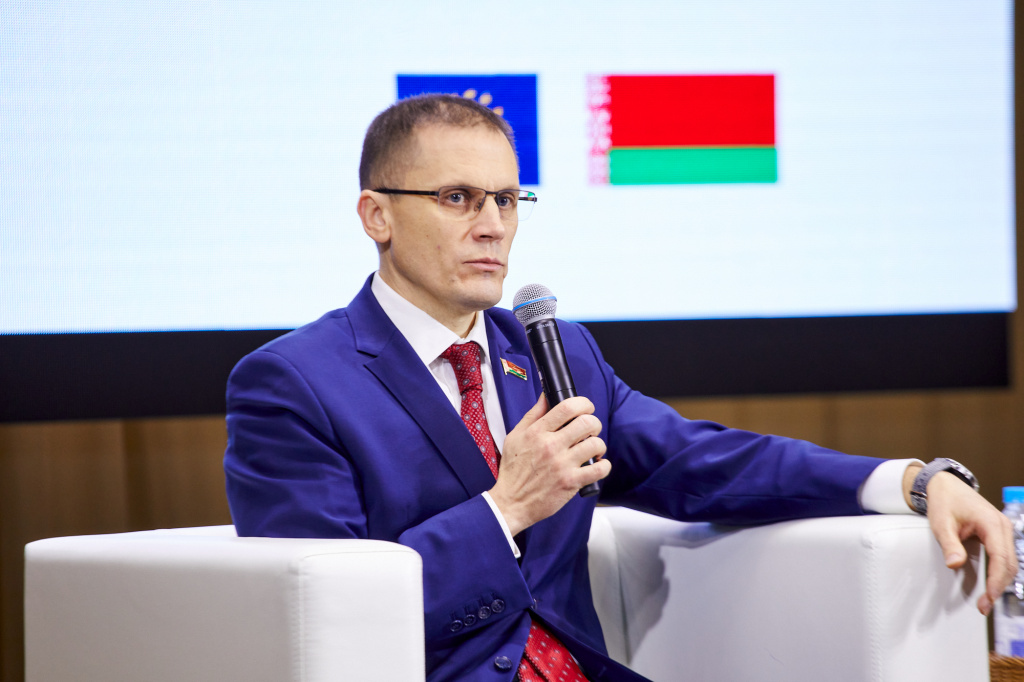 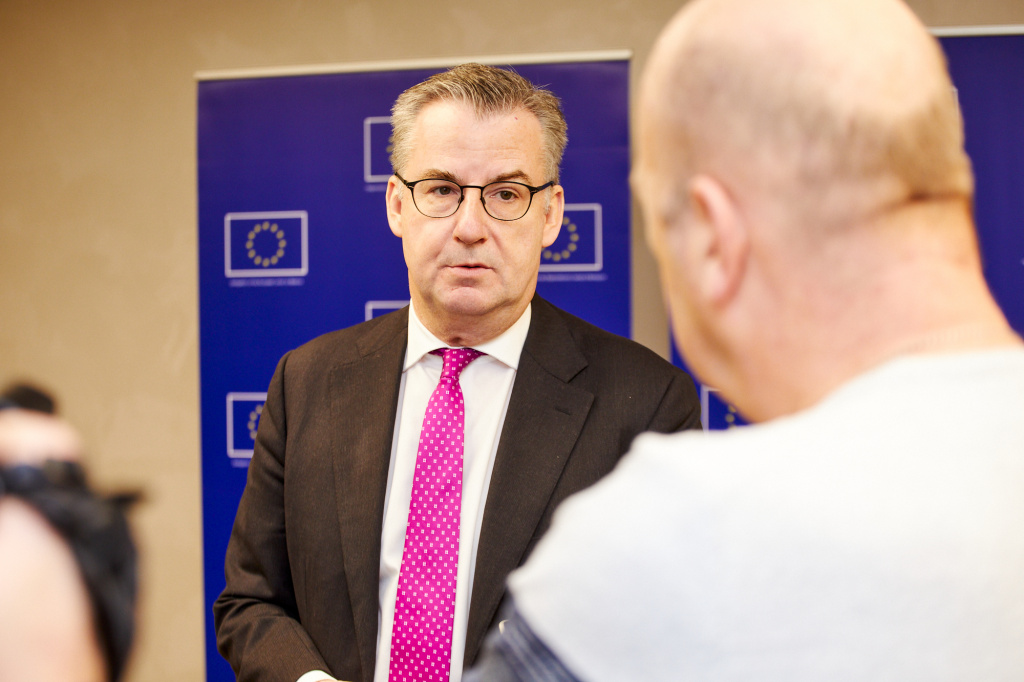 In his welcoming speech, Dirk Schuebel, Head of the European Union Delegation to Belarus, emphasized: "We came to Mahilioŭ in a large group including the Ambassador of the Republic of Poland Artur Michalski, the Ambassador of Romania Viorel Moşanu, the Ambassador of the Estonian Republic Merike Kokajev and a number of Embassy officers; and, of course, we are intent on doing some active and determined work. We have done a lot, and today it is crucial for us to discuss how we can expand our cooperation". 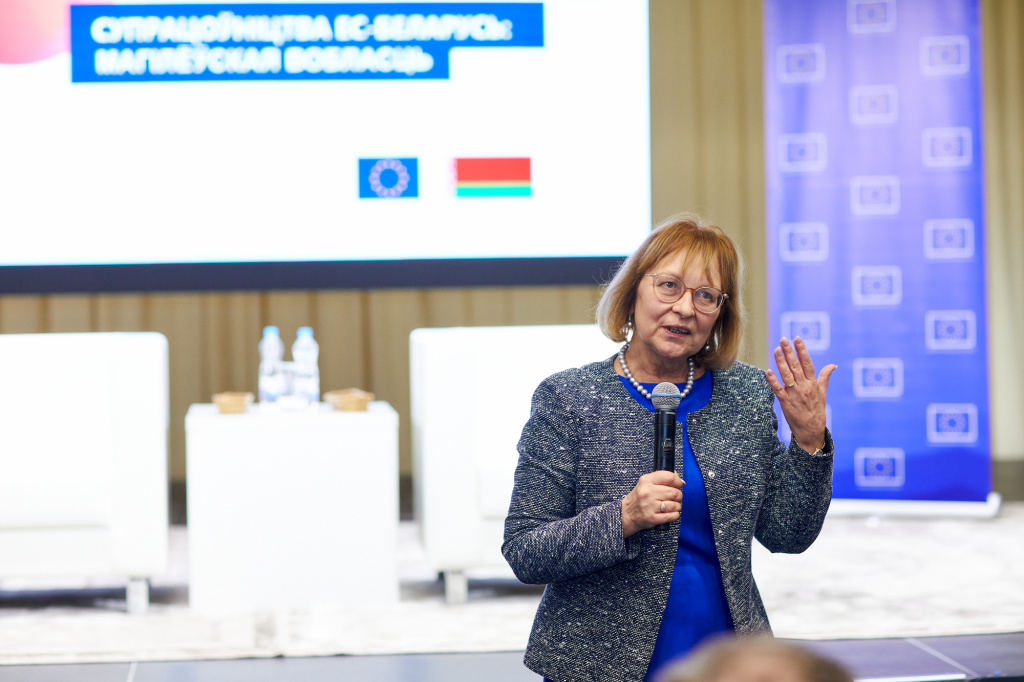 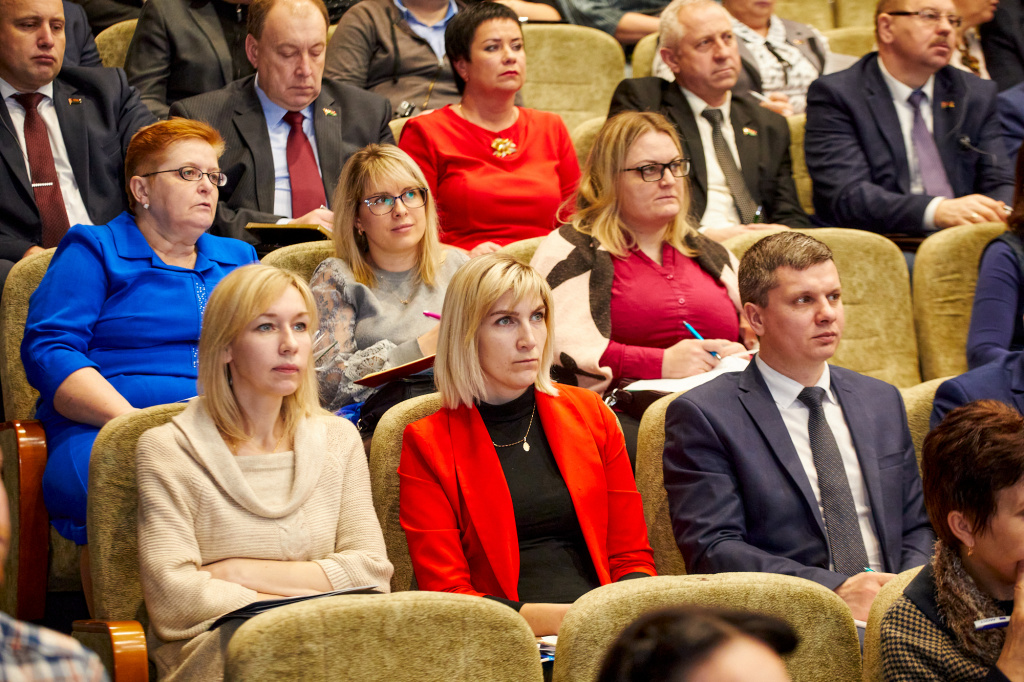 Eight presentations were made at the meeting to help the audience grasp the scale of the Mahilioŭ Region's contribution to the implementation of the European Union-funded projects in very diverse areas. The outcomes of the Covenant of Mayors for Climate and Energy initiative in the region and in entire Belarus were reviewed. Mahilioŭ, Babrujsk, Byhaŭ, Krasnapollie, Mscislaŭ, Asipovičy, Slaŭharad and Čavusy have already jointed that European Initiative in the region. These settlements have undertaken to carry out local-level activities aimed at reducing CO2 emissions by 30% by the year 2030. 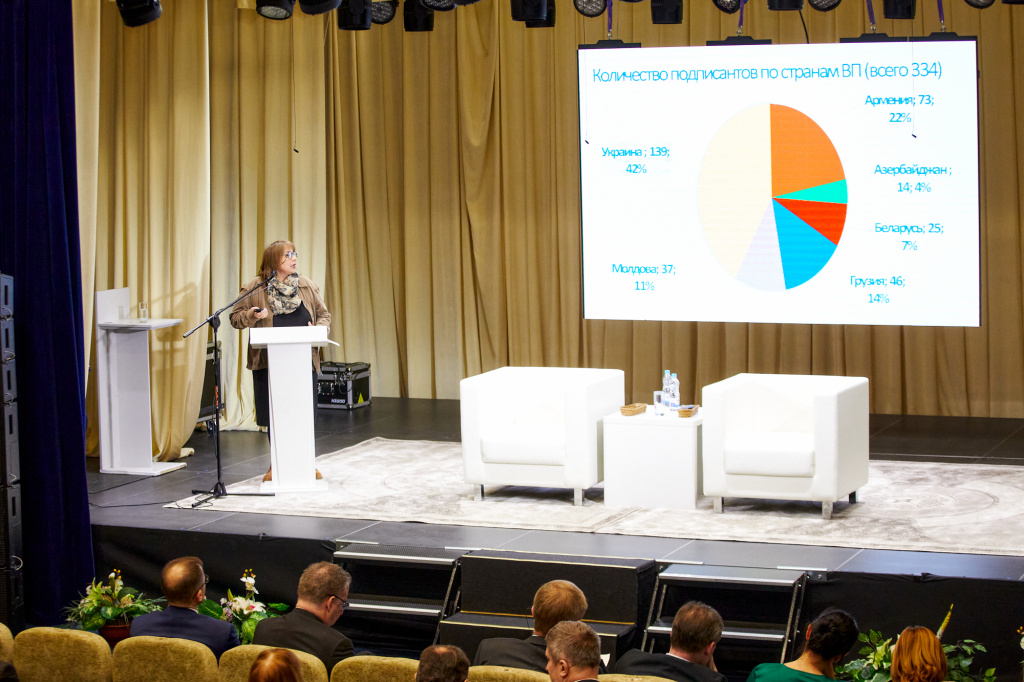 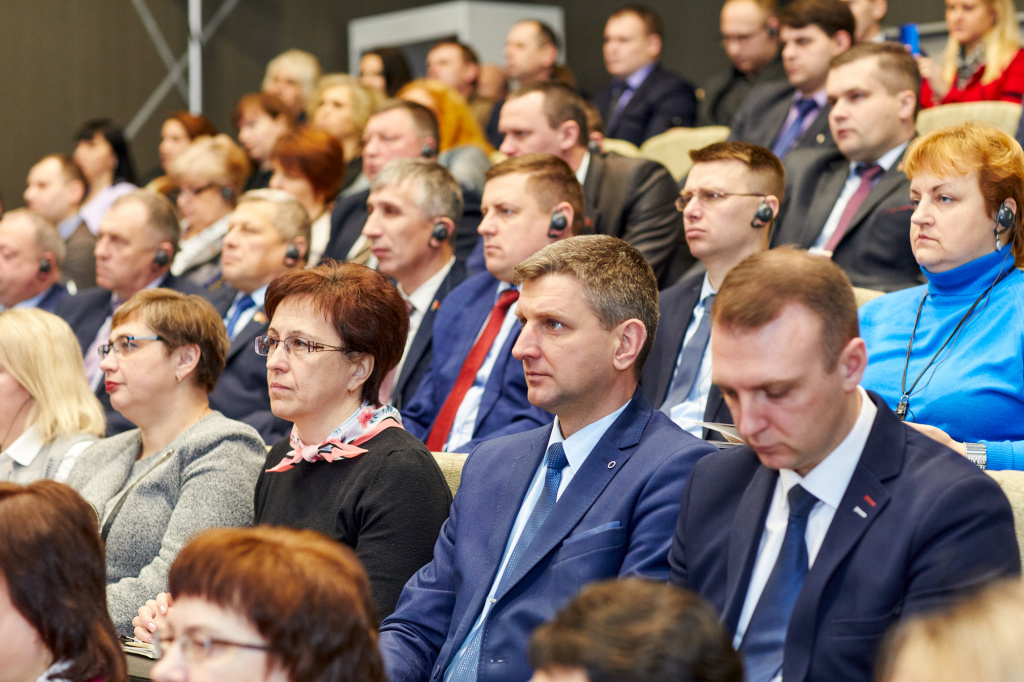 The meeting comprised presentations of certain opportunities for small business consultations and rural employment in Mahilioŭ Region, civil society engagement in environmental policy processes. The Mayors for Economic Growth initiative and some outcomes of BELMED project were presented; Andrey Verkhovodkin, Deputy Chairperson of Čavusy District Executive Committee, gave a detailed account of the project activities in the recent years. 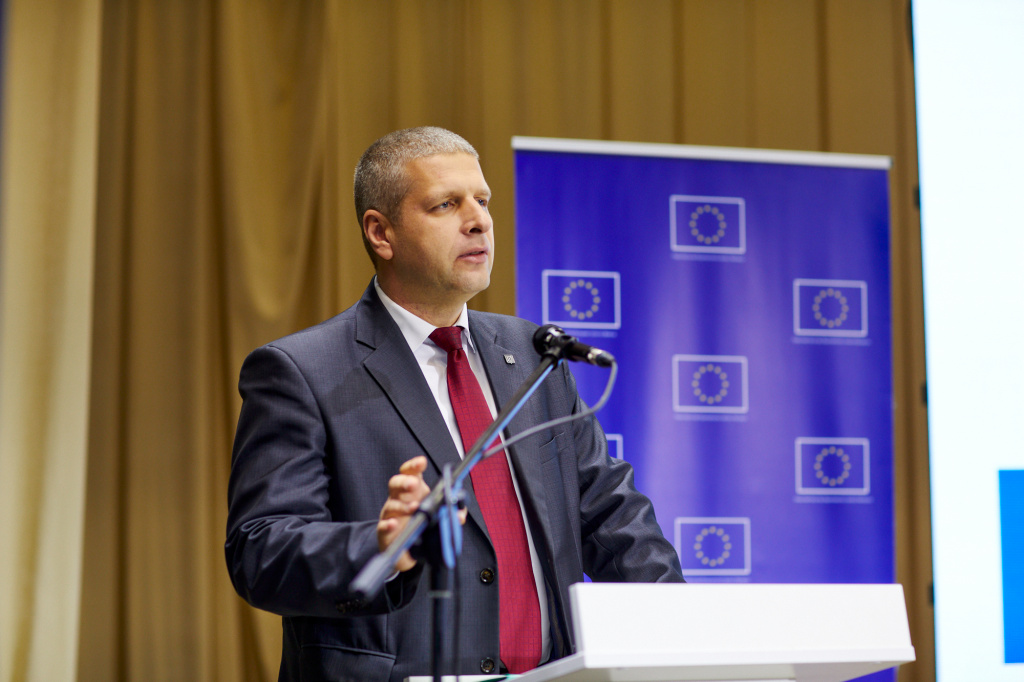 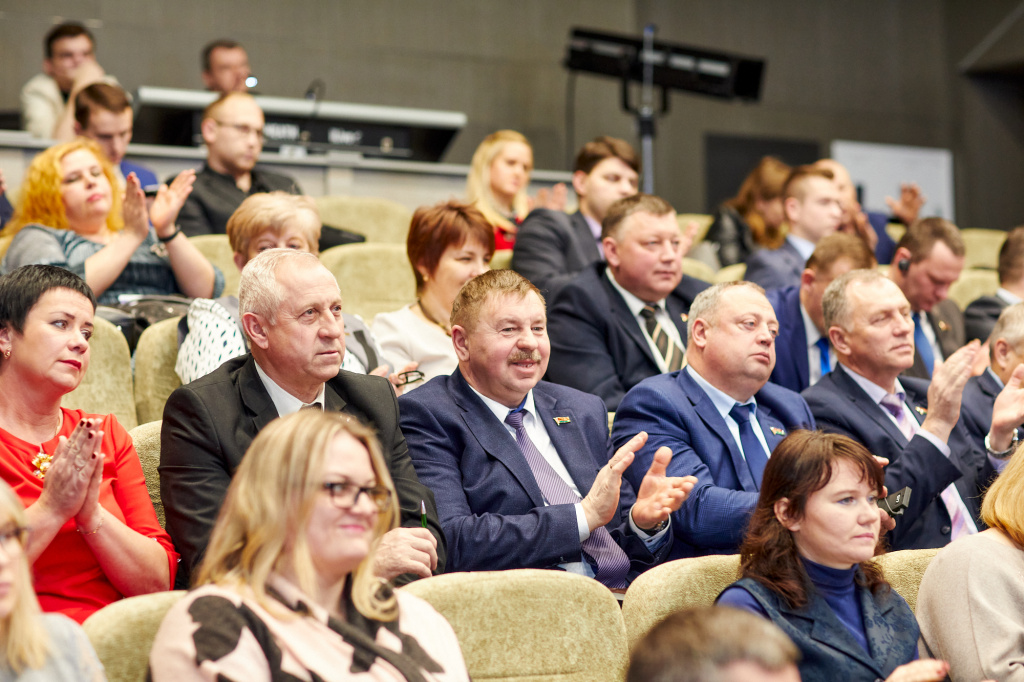 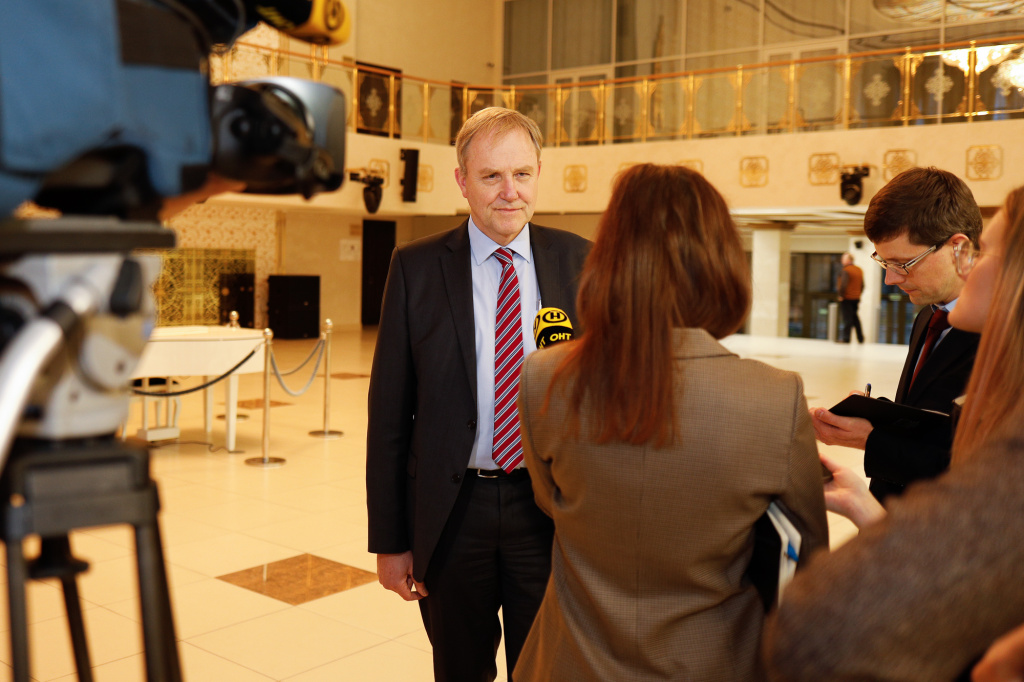